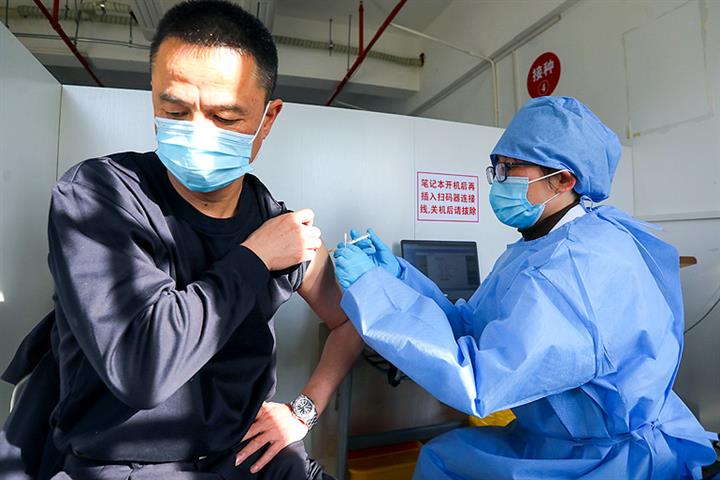 (Yicai Global) March 29 -- Chinese cities, including Shanghai, Beijing, and Wuhan, are speeding up their mass inoculation campaigns to protect their residents against Covid-19 after the country recorded 102.4 million administered doses.

March 26 was an inoculation peak as some 6.1 million doses were received that day across China, Wu Liangyou, deputy director of a disease control bureau under the National Health Commission, said at a press conference on March 28. The headline figure was logged on March 27.

China's drug regulator has approved five types of Covid-19 vaccines under emergency use authorizations. The group includes three inactivated vaccines, one adenovirus-based jab, and a recombinant protein one.

The country's immunization pace is picking up. Some 14 provinces and municipalities in China can deliver over 10 million doses per day in total as of March 25, according to health authorities.

Cities across China have come up with different ways to deliver the doses. Northeastern China's Dalian has set up temporary vaccination sites at stadiums and sports centers.

Shanghai has dispatched medical workers to administer the jabs on site for some people who cannot leave their workplaces to get vaccinated. The municipal health commission first evaluates the facilities though, according to Wang Jingjing, a doctor in charge of an immunization center in Jinshan district.

Chinese Haier Group's cold storage unit has also stepped up to help. Haier Biomedical has developed a smart mobile cabin to facilitate inoculation in crowded places such as universities and industrial parks, said an insider at the company.