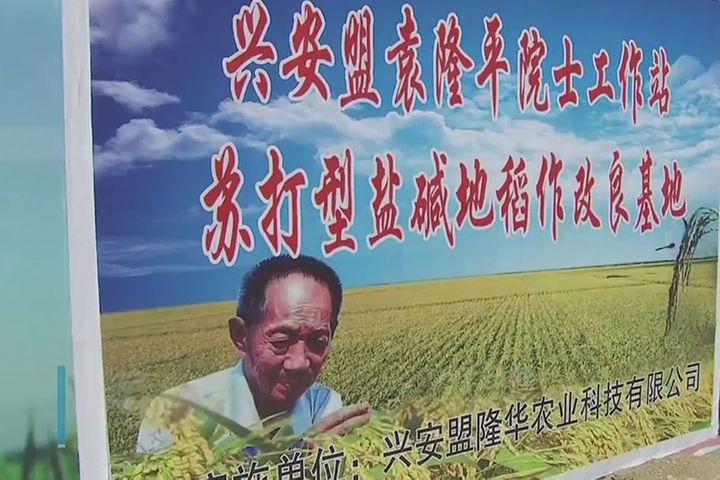 (Yicai Global) Jan. 10 -- Alibaba and the team of Chinese agronomist Yuan Longping, who is well known in China as the 'father of hybrid rice,' have agreed to work together to double the income of rice farmers in the country's Inner Mongolia Autonomous Region over the next three years.

Yuan's team will be in charge of planting technology, the report said, while Alibaba's digital agricultural division will develop high-tech farms and unify the systems for production, supply and sales.

The collaboration between Hangzhou-based Alibaba and Yuan's team began in June 2018, according to a Beijing Youth Daily report at the time. Their aim to cultivate the rice on a large scale -- which could both increase the country's grain yield and help farmers escape poverty -- is now coming to fruition.

Yuan, 89, outlined a vision for the partners over the next decade in a video call at the signing ceremony. It entails planting 6.7 million hectares of the rice at various locations in China. The country has 99 million hectares of alkaline land, representing 10 percent of the world's total.

Yuan has achieved an output of 1 kilogram of rice per mu (there are 15 of these Chinese land units in a hectare), Alibaba said, adding that the internet company must now make each unit yield USD1,000. To that end, Alibaba set up a special division in October to build digital farm infrastructure with the intention of setting up 1,000 of these hubs across the country.