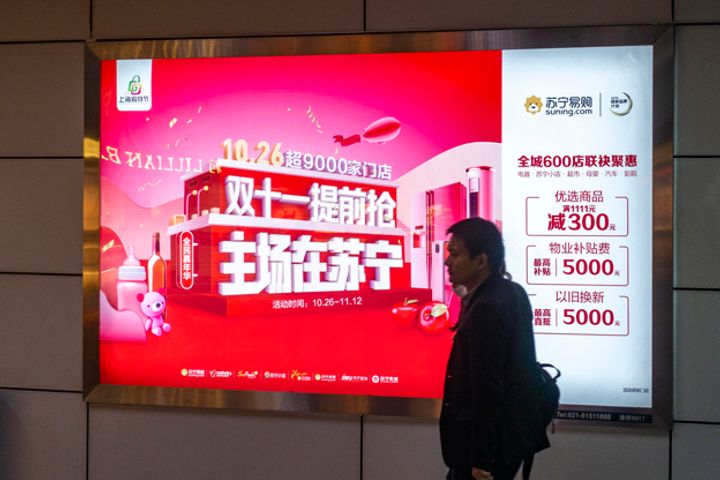 Alibaba's Tmall platform sold nearly 80,000 cars during the Double 11 presale period thanks to promotions, the Hangzhou-based company told Yicai Global. And yesterday, on Double 11, Tmall sold as many autos in the first 10 hours as it did in the entire day last year, it added.

Online stores have not become major players in the market, but with their financial and channel strengths they will eventually pose a real challenge to traditional retailers, or so-called 4S shops, according to Li. Tmall, Suning and other internet newcomers rely on technological advantages such as auto finance services and the integration of online and offline to make headway, he added.

The financial penetration rate in China's car market is around 20 percent and is growing at nearly 20 percent a year, giving large companies with financial strength an inherent advantage, Li said.

While Tmall took a discount path to increased car sales this year, Suning's promotions mainly focused on financing. The Nanjing-based company's marketing campaign was based on "zero down payment" and "half price down payment." It placed the ads prominently on its webpages.

The new business model has broken regional monopolies and the brand authorization that dominates the market, but dealers have also been adjusting to the new situation. Authorized dealerships have limited the ability of newcomers to secure resources, so they have not had a huge impact so far.

A die-hard car collector told Yicai Global that he visited the online platforms of Suning and Tmall, but decided against buying from them.

"Their stores lack professional staff, making them no match for long-established 4S shops," he said. And "the platforms don't have any convincing offers in terms of price and customer service."