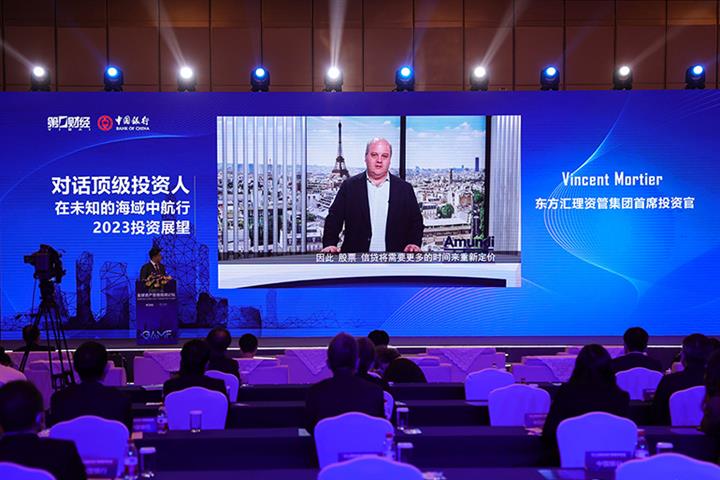 (Yicai Global) Nov. 29 -- Bonds will become a good macro hedge to mitigate downside risks next year, according to the group chief investment officer of Amundi, one of the world's top 10 asset managers.

A negative correlation between equities and bonds should happen again in 2023 and bonds can be used to diversify portfolios, Vincent Mortier said today during the 2022 Shanghai Global Asset Management Forum, co-hosted by Yicai Media Group and Bank of China.

Economic growth is slowing and some countries in Europe, and most probably the US as well, are heading into recession, the CIO of the Paris-headquartered company said. Central banks are not likely to lower their interest rates due to the global debt levels and the looming recession. It is a question of survival of economies and a question of financial stability, he added.

Real long-term rates, meaning nominal rates adjusted for inflation, have come back to zero in Europe and the United Kingdom while they are still slightly positive in the US, the CIO said, adding that the rates will continue to be weakened. The world cannot afford more positive real rates because most developed countries have huge ratios of private and public debt to gross domestic product -- nearly 300 percent in the US and Europe, Mortier added.