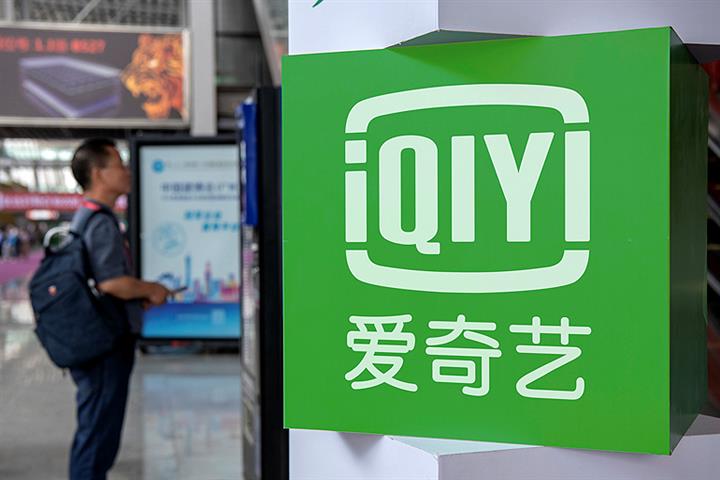 (Yicai Global) June 3 -- A Beijing court has held unlawful the actions of Baidu-backed leading Chinese online video service provider iQiyi because it offered extra paid ‘video-on-demand’ for popular new TV dramas based on its premium membership, thus enabling those who subscribed for this add-on service to watch new video content before others who had earlier premiums.

The Beijing Internet Court heard the case in which a plaintiff surnamed Wu sued iQiyi on their contract yesterday. Wu became a ‘gold’ VIP member of the video service in last June, but he found at the end of last year that existing users who paid an extra CNY3 (42.3 US cents) for each episode could watch the latest ones in advance.

Tencent Video, iQiyi and other video titans will have to shell out more than CNY10 billion (USD1.4 billion) in costs each year, an executive in charge of a company that invests in and produces TV dramas told the Beijing News on condition of anonymity, adding this high cost pressure may give rise to online video platforms’ resort to these premium surcharges.

iQiyi unilaterally and arbitrarily altered some terms of its VIP membership contract, which breached the agreement and infringed the rights and interests of members who previously had also paid premiums, Wu successfully argued. This impaired their rights and interests and greatly diminished their viewing experience and satisfaction, the court ruled. It invalidated the changed portions of the contract and ordered the platform to pay Wu CNY1,500 (USD211) as costs.

Debuting the extra ‘video-on-demand’ service aims to satisfy users’ diversified needs, iQiyi told Yicai Global, adding the court did not condemn the company’s use of such a model itself and the platform will constantly improve its products and services to bring its consumers a better experience.

Tencent Video, which also broadcast ‘Joy of Life’ -- the TV show in question -- to its users at last year’s end, has also become embroiled in the same dispute as iQiyi. Tencent Video adopted a similar measure to set ‘VVIP’ based on its ‘VIP’ premium membership, allowing members to jump the gun on six episodes of the series by paying CNY50.

Tencent Video was at fault because it “lacked sufficient thoughtfulness regarding its notices to members and consumers’ sensibilities,” conceded Wang Juan, its vice president.

China's first ever cyber court opened in Hangzhou, home to Alibaba Group Holding, Ant Financial and other tech companies, in August 2018. Its Beijing counterpart launched in September and another also inaugurated in Guangzhou in October that year.