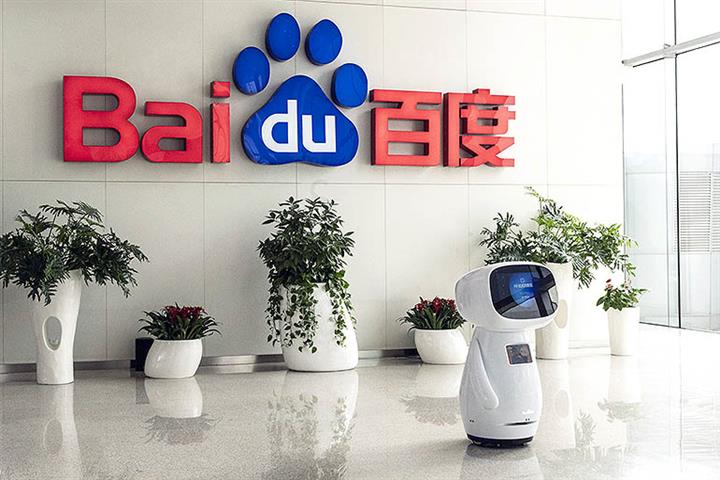 (Yicai Global) March 18 -- China’s Baidu has set its pricing for its secondary listing in Hong Kong next week, aiming to rake in HKD23.94 billion (USD3.08 billion), and has put itself forward as an ‘artificial intelligence’ firm rather than a tech giant, making it the country’s first AI stock.

Baidu will offer its shares at a price of HKD252 (USD32.46) each, the Beijing-based company said in a statement to Hong Kong Exchanges and Clearing yesterday. This works out at about a 6 percent discount from the firm’s closing price [NASDAQ:BIDU] of USD277.13 in New York yesterday, with one American depositary share being worth eight ordinary shares.

Operating under the highly auspicious stock ticker code of 9888 (eight being regarded as a lucky number in China), trading on the Hong Kong bourse is scheduled to start on March 23.

Baidu will also exercise the greenshoe option, allowing its international underwriters to allocate an extra 14.25 million shares at the issue price in the 30 days from March 17, it said.

The funds will be used to further develop Baidu’s mobile ecosystem, commercialize its artificial intelligence products and supplement working capital, it said in its listing prospectus.

The company, best known for its omnipresent search engine, has been making strong inroads into AI in recent years, leveraging its powerful internet foundation to become a market leader in cloud services, autonomous driving, smart transportation and other AI applications.

Baidu had the largest number of AI patents and AI patent applications in China as of Oct. 30 last year, and its open AI platform had more than 2.65 million developers as of Dec. 31, the most in China, the firm said earlier.

It is also diversifying into other areas such as livestreaming. Last year it bought livestreaming service YY Live for USD3.6 billion.

Last year it logged a 21 percent gain in net profit from 2019 to CNY22 billion (USD3.4 billion) on revenue of CNY107.1 billion, similar to the year before, according to its latest financial report.

The YY Live acquisition helped boost Baidu’s profitability significantly, Li added. It contributed 16.5 percent of the company’s profit last year and 9.2 percent of its revenue. Baidu is likely to continue to consolidate and expand its mobile ecosystem relying on blending businesses such as YY Live into its operations.