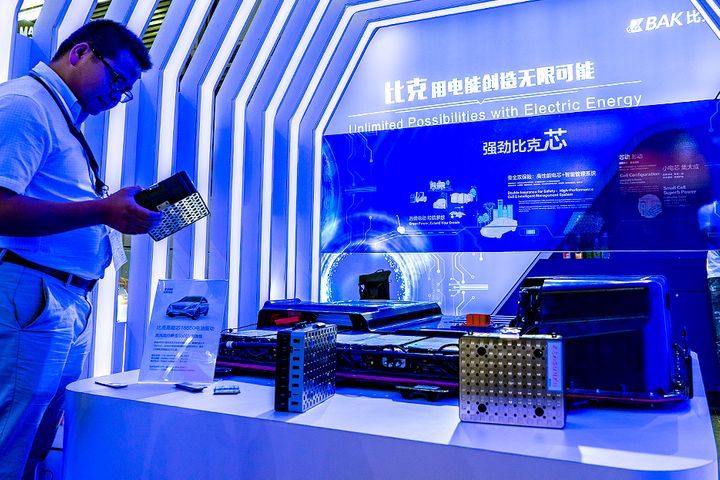 (Yicai Global) Nov. 13 -- Shenzhen BAK Battery has denied reports that it is struggling with cash flow as carmakers flunk on their debts to the battery maker, which allegedly owes CNY700 million (USD100 million) to its own suppliers.

BAK is pushing to get hold of its overdue accounts receivable but business is otherwise as usual, the firm said in a statement yesterday. The Securities Times reported earlier this week that BAK was struggling with liquidity as it owed three companies CNY700 million but was unable to pay until its debtors coughed up the more than CNY1.1 billion they owe.

BAK was a pioneer of China's lithium battery industry but has been lagging over the past few years as issues with family shareholders and a foray into real estate finance distracted it from its core industry. Declining government subsidies for electric cars has also weighed on sales, slowing down industry development and leading to an increase in delayed payments, corporate losses and companies leaving the sector.

Zotye Automobile owes BAK CNY600 million, according to the Securities Times, which published a second report citing a senior BAK insider as saying that Haima Automobile, an important customer that has been in the public eye for its capital woes recently, was likely to default on the CNY30 million it owns the cellmaker.