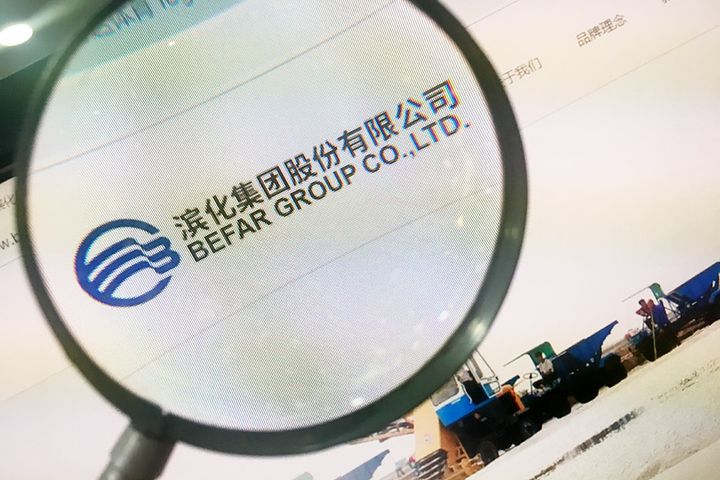 (Yicai Global) July 17 -- Shares in semiconductor materials maker Befar Group soared by the daily limit today after a Japanese ban on chip material exports to South Korea sent companies on the peninsula nation to China instead.

Shares in Shandong province-based Befar peaked 9.94 percent higher at CNY7.41 (USD1.08) in the morning session and have remained there since.

Industry giants Samsung Electronics, LG Electronics and SK Hynix were all hit by Japan's decision to restrict exports of raw materials for semiconductors to South Korea, and Befar used its existing ties with the companies to secure deals for its electronic-grade hydrofluoric acid, the China Electronic Chemical Materials Alliance said on social media today, without disclosing further details.

The 50-year-old group is a privately run chemical firm whose products are widely used in foods, detergents, petrochemicals and the electronics industry. Its hydrofluoric acid plant, capable of making 6,000 tons a year, began production in July 2018.