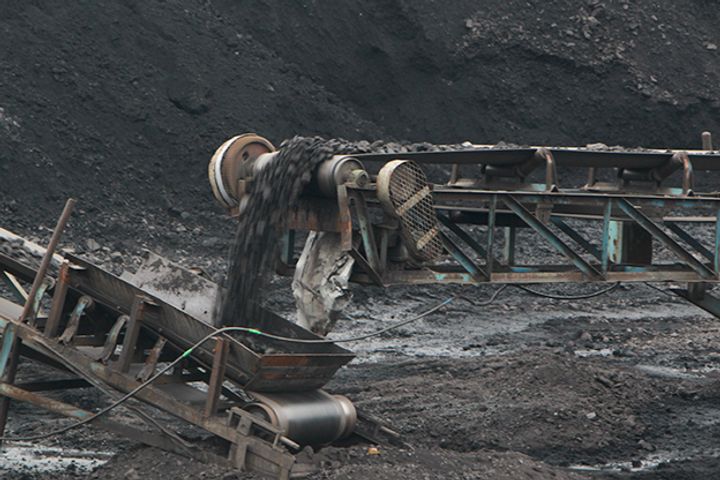 Beijing Is Cutting Coal Use Faster Than Planned

(Yicai Global) June 6 -- China's capital has achieved its goal of cutting coal use well ahead of schedule. Beijing plans to burn less than 5 million tons of the polluting fuel again this year, a target initially set for 2020.

The municipal government intends to cut its reliance on thermal coal by a further 13 percent, or just over 650,000 tons, to 4.2 million tons in 2018, online news outlet China News reported. The coal will be used for urban waste incineration and energy operations, as well as for winter heating in rural areas. It will also promote three clean energy projects to improve air quality.

Beijing has long pledged to reduce air pollution by burning less of the fossil fuel, a practice that produces fine particles conducive to smog. The local government published a document last July setting out its ambition to halve consumption to less than 5 million tons by 2020. Under a five-year plan, it also vowed to increase the share of total energy sourced from renewables to 8 percent by 2020 from 6.6 percent in 2015.

This year, a rural reconstruction project will help avoid 300,000 tons from being burned, while refashioned urban heating boilers will save 250,000 tons. The city also aims to use 100,000 tons less overall.

The city's last coal-fired power plant was shut in March last year, but the municipality still draws electricity from plants in neighboring regions including Hebei and Inner Mongolia, where environmental regulations are enforced to a lesser degree.

The pattern of Beijing's coal consumption has shifted to rural from urban areas, according to Chai Wenzhong, deputy director of Beijing Municipal Commission of City Management. Some 450 village committees, activity venues, and agricultural facilities covering 53,000 square meters will turn to clean energy in an effort to achieve the city's target of zero coal use in flatland villages, he added.