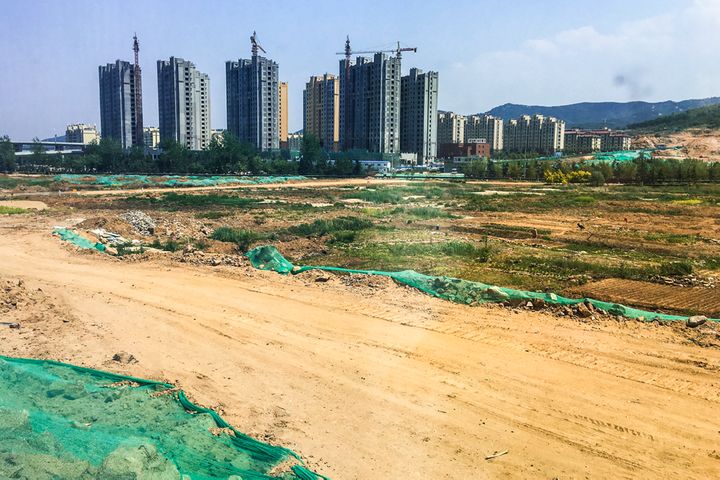 (Yicai Global) Feb. 12 -- Beijing has auctioned off three parcels of residential land to the highest bidders in its first sales since the end of the extended Chinese New Year holiday the Securities Daily reported today. Prices reached as much as a 25 percent premium.

The cost of land in China's capital city was previously capped to rein in an overheated market. But amid the coronavirus epidemic, the limit has been lifted and property developers can now bid freely for prime plots and pay a high premium for them, said Yan Yue, research director of Shanghai Yiju Real Estate Research Institute.

Twelve companies took part in the auction of 160,000 square meters of land, with a total construction area of about 360,000 sqm, the report said. The plots went for a total of CNY8 billion (USD1.15 billion) to three state-owned firms.

Beijing Capital Land, which focusses on the development of Beijing's western and southern areas, secured land in Shijingshan district in the city's western suburbs at the starting price of CNY3 billion (USD430.9 million) with zero premium.

There are several plots of land lined up for sale in key cities including Beijing and Shanghai amounting to a total starting bid price of CNY34 billion (USD4.9 million), said Zhang Dawei, chief analyst at Centaline Property Agency.

So far this month, 10 parcels of land across China have sold for over CNY500 million (USD72 million) each and 56 plots for more than CNY100 million each, Zhang added. Only 36 of these sites did not sell for more than the asking price.

Recent land sales in Hangzhou in eastern Zhejiang province, Changsha in central Hunan province and Guangzhou in southern Guangdong province have also stayed close to the starting price because of the ongoing epidemic, he said. Most buyers have sufficient funds, Zhang added.