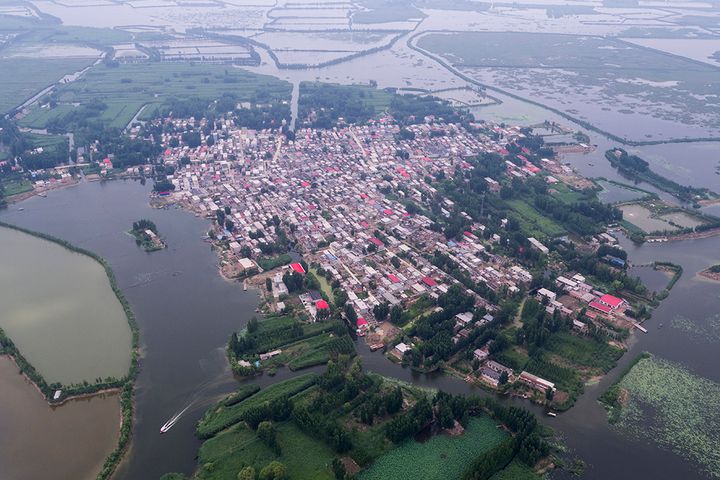 (Yicai Global) Aug. 22 -- Beijing authorities will fully support the construction of the Xiongan New Area, China's new special economic zone near Baoding in northern Hebei province. The municipal government disclosed details of a strategic cooperation agreement with the Hebei government on the joint planning of the new economic zone in a press briefing on Aug. 21.

Beijing will back the construction of the district with a focus on eight key areas comprising working practices, technological innovation, traffic, the ecosystem and environment, industries, public services, planning, and talent exchange.

Traffic: Creating a half-hour journey between Beijing and Xiongan

Authorities will accelerate planning for traffic infrastructure between Beijing and Xiongan including direct expressways and inter-urban railways.

The 100.6-kilometer Beijing-Xiongan Railway, from Liying in Beijing's Daxing District to Xiongan East Station via Langfang, will enter service in 2019 along with the capital's new airport. Construction of the projects started in May and they will make it possible to travel between Xiongan and Beijing in around 30 minutes.

State-owned enterprises under the Beijing government, including hi-tech commercialization platform Zhongguancun Development Group, will cooperate with Xiongan in science and technological innovation sectors, and Zhongguancun will look to establish a technology park in the special economic zone.

The governments will also encourage Beijing-based enterprises to move to the area and support state-owned enterprises in providing services related to municipal infrastructure. They will jointly oversee and limit general manufacturing industries and middle-to low-end tertiary industries that aim to move to Xiongan in order to better nurture high-end industries.

Municipal administrative institutions will look to link industrial upgrades to Beijing's sub-centers with the development of Xiongan. These upgrades will focus on a transition to industries including administration, high-end commerce, and cultural tourism. They will also promote service brands related to daily life and establish an emerging industrial system in the economic zone to leverage their positions as sub-centers.

Local authorities will also look to disseminate administrative functions such as population transfer away from urban centers and place greater consideration on the development of sub-centers and the three northern counties in Hebei.

The governments will focus on constructing an environmentally friendly new district, collaborating on regional air pollution governance systems and creating ecotones near forests and wetland clusters across the Beijing-Tianjin-Baoding Region. They will strengthen comprehensive governance in the Qinghe River basin in order to protect the Baiyangdian Lake area, northern China's largest freshwater lake, which is located in Xiongan.