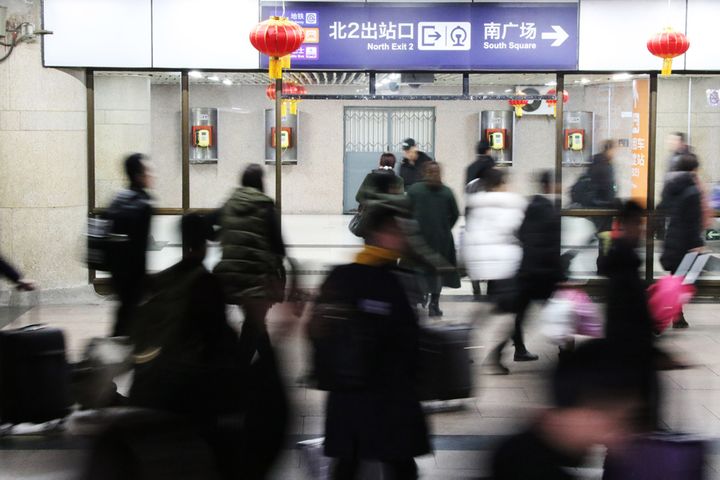 (Yicai Global) April 9 -- Office staff in China's capital city are spending more time at work, but the time it takes to commute has remained the same as it was 10 years ago, according to the findings of a new report.

The working day lengthened by 56 minutes on average between 2008 and 2018, Beijing Daily reported, citing a report by the National Bureau of Statistics on time use by people living in Beijing. Travel time was still one hour and 29 minutes.

Ten hours a day was the average time spent at work for a person aged 15 to 39. It was eight hours and five minutes for those aged between 40 and 64, and five hours and 48 minutes for people over 65. Younger people also have a longer commute, as long as one hour and 52 minutes, according to the findings.

The survey divided a resident's day into five parts -- physiological needs, work, housework, study and training, and free time -- and it supports analysis of physical and mental health, quality of life, as well as gender and social equity, with data from 24-hour recording.

Men value entertainment more, and indulge for 16 minutes longer than women each day. Watching television was still the most popular leisure activity for men and women, accounting for 65 percent of all activities.

The elderly spend the most time doing housework, while young people expend more time on childcare, accompanying youngsters to school and tutoring them.

Students between 15 and 19 years of age study eight hours a day at school on average and at least two hours outside, reflecting the heavy strain on Beijing's high school kids.

Time spent online has also surged over the past decade, with the mobile internet becoming the mainstream. Beijing residents spent 25 minutes online each day in 2008, while the number jumped to three hours and six minutes last year. Time spent on mobiles accounted for 75 percent of the total time online.

The NBS conducted the first of the surveys in 2008. It ran the survey again last May when the Beijing team interviewed residents aged over 15 years from 1,700 households, totaling 4,238 people.