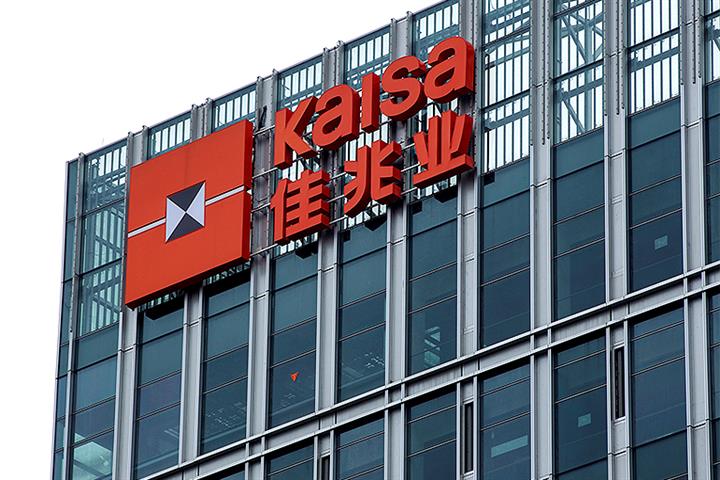 Powerful government-backed parties, including a state developer in southern Guangdong province, have approached Kaisa to negotiate the purchase of its projects in downtown Shenzhen in Nanshan and Futian districts, the sources said.

“Although negotiations are still ongoing, the prices the buyers have offered show that they are serious,” they said. There could be a deal on the cards after the week-long Lunar New Year holiday which ends Feb. 6.

Another market insider confirmed to Yicai Global that he has heard that big state-backed players have approached Kaisa about the disposal of some of its assets. But Kaisa will not unload such prime projects, which have a high appreciation potential, until a dept repayment deadline looms, he added.

Kaisa's projects are mainly reconstruction projects of old, dilapidated buildings in Shenzhen and Guangzhou and as such the local governments will step in to find a solution, another analyst said.

Kaisa’s liquidity has been under unprecedented pressure since the beginning of last year due to a cooling property market and an increasingly tight funding environment. Last November it defaulted on CNY300 million (USD46.9 million) of wealth management products and has another CNY12 billion (USD1.9 billion) worth that it has guaranteed for a business partner that it might not be able to honor.

Fitch Ratings cut its credit rating to junk in November last year, citing increasing risks that the builder may default on US dollar bonds.

The Shenzhen-based developer has 25 projects in the mainland up for sale, and is also offloading residential and office building assets in Hong Kong as it scrambles to raise cash.

Rumors broke out at the end of last year that large property firms, including China Resources Land, China Merchants Property Development and Gemdale Corp., were interested in acquiring some of Kaisa’s real estate projects, but these rumors were not confirmed.