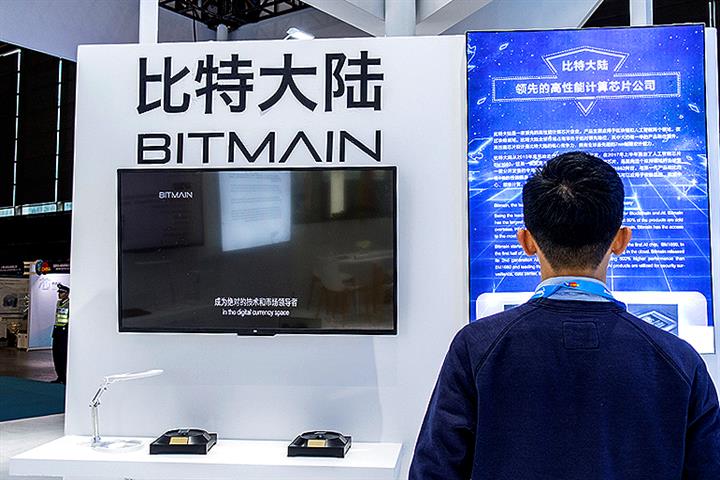 (Yicai Global) Sept. 15 -- The power struggle at the heart of Bitmain Technologies Holding took a further twist today with the news that one of its co-founders has seized back control of its cryptocurrency mining equipment maker unit Beijing Bitmain Technology.

Wu Jihan has reinstated himself as legal representative of Beijing Bitmain, Wu said on the parent firm’s WeChat account. Beijing Bitmain now has a new business license and is committed to resuming normal working operations, he added.

The bust-up started in October last year when Wu ousted co-founder Zhan Ketuan as executive director and legal representative of Bitmain Tech at a shareholder meeting convened when Zhan was away on a business trip, and appointed himself in Zhan’s place.

Zhan, who has since been reduced to the role of manager, filed a subpoena in December 2010 in the Cayman Islands, where Bitmain Tech is incorporated, to rescind the decision. The lawsuit in ongoing.

The battle for control then descended into farce with Wu appointing executive Liu Luyao as legal representative, who was then dismissed by Zhan, culminating in a public tussle when Liu and a crowd of about 60 others snatched the firm’s business license from Zhan when he went to retrieve it from a government office in May.

The next month Zhan broke into the company’s Beijing office with a group of private security guards he had hired by picking the lock to seize the firm’s corporate seals. Zhan later sent out a message saying that Bitmain Tech’s old corporate seal was now invalid and there was a new seal, throwing the firm’s operations into complete disarray.

Zhan is the firm’s largest shareholder with a 36 percent stake, while Wu holds a 20.25 percent share, according to the firm’s initial public offering filing, which has yet to be realized. Zhan is generally regarded as the firm’s ‘technology brain,’ while Wu is seen as having a more profound understanding of the market. Both have contributed to Bitmain Tech’s rapid rise into the industry’s number one mining rig producer.