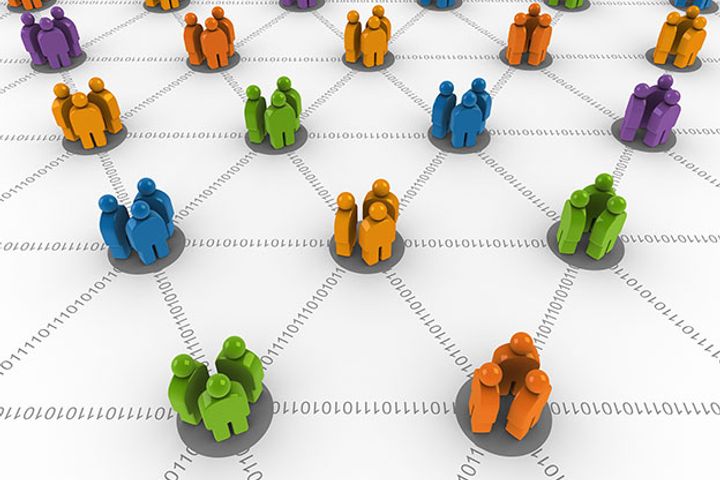 Blockchain Hype Is Ripe for Regulation

(Yicai Global) June 5 -- Blockchain is all the rage these days, though it comes across as more arcane than other sizzling novel sectors such as the sharing economy.

Yet these two new fields exhibit much the same traits: their development is awash with excess capital, and characterized by chaos, counterfeits, pyramid schemes, illegal funding and even fraud masquerading under the guise of high technology.

The most severe problem facing the blockchain industry is that rogue players raise funds illegally by manipulating the prices of their self-made chains and coins, Yicai Global has discovered. This exposes ordinary investors to the risk of huge losses.

These problems are an open secret within the sector, and clear indicators show outfits with track records of pyramid schemes manipulating the mania, several unidentified blockchain practitioners told Yicai Global. About 99 percent of blockchain projects wither on the vine after their hyped concepts bear their sought-after fruit.

The time for the government to regulate this area again has thus now come.

Blockchain technology may achieve future breakthroughs, thus justifying its continued existence, these insiders also noted, but they believe now is the time for the government to intervene again.

Several public figures from capital circles referred to blockchain as a new start for economic development in public speeches at the end of last year, as more evidence that the rising investment swamping the sector has suddenly cast blockchain into the limelight.

The number of blockchain practitioners and investors in China is still unknown, but it is estimated at around 3 million to 5 million. While this figure is not massively significant, yet the pace of its development is staggering, Ma Jun (assumed name), who oversees an established blockchain We Media organization, told Yicai Global.

The threshold for entering this field is not high, in Ma's view. Anyone can break in if s/he is familiar with C language, programming and cryptography. The threshold for investing in blockchain is even lower, for speculators can invest in this area if they understand the basic meaning and logic of blockchain and virtual currencies.

Investors can also branch out into this field if they have a gambler's mentality, even if they do not understand its most basic concepts.

If participants only ply various transactions, that is, if they trade virtual currencies in the same way that they trade stocks, they will not experience volatile ups and downs, though risks still exist. However, some exchanges have now been manipulated by people who control prices backstage, which can cause investors to lose their investments, Ma Jun said. "They brought millions of yuan into the market but then lost it all and even went bankrupt within a short time."

Xing Bo (alias) is the founder of a well-known blockchain We Media organization that has received tens of millions of yuan of investment since its founding more than one month ago. The number of various blockchain We Media tops 100, and the figure is still growing, Xing told Yicai Global.

The entire currency chain cycle is still in the initial stage of development and is "at the level of angel round financing on the whole," he believes, based on his long-term observations. The low level of development will inevitably lead to chaos.

Several top screen stars performed at the World Blockchain Conference held in Macau April 23-25. Many people do not understand why the seemingly high-tech blockchain conference invited these actors. The answer is actually very simple. They need ordinary people and investors to pay the bill. Who can best attract these ordinary people? The answer is still stars.

Given that ordinary investors usually lack information channels and the ability to discriminate, some organizations have made a fuss about publicity and even resorted to gimmickry to dispel investors' sense of disconnect.

Companies with a background of pyramid selling naturally have rich experience in generating gimmicks because, "pyramid selling's typical feature is to fabricate stunts, which generally deliver a better marketing effect," Xing said.

These companies also replicate traditional pyramid-selling models and take advantage of policies to hype blockchain. "If an official makes a brief remark in support of blockchain, these companies will magnify this support to hoodwink investors."

Such companies' entry into the blockchain and the virtual currency sphere triggers a barrage of tricks calculated to draw people's attention, Xing said.

To summarize the various chaotic phenomena in the blockchain area is no easy matter, a blockchain insider told Yicai Global. Regulation is currently weak, and the sector would welcome effective administrative measures. "The market is receptive to the notion of getting rich quick and this distorts the virtual currency cycle."

Xing recently paid close attention to regulators' policy and regulatory direction towards blockchain We Media, primarily on blockchain-related content production. "Traditional policies can serve as a regulatory basis to indicate the direction for development of We Media in the area, but concerns abound as to whether new restrictive policies will be introduced," he noted.

Regulators should shift their focus toward eradicating chaotic phenomena, such as price manipulation by exchanges that inflict losses on investors. Overseers should also amplify their warning against all types of risks and remind investors that they should not just blunder blindly into this field, insiders advised.

Gimmickry should be toned down or extinguished in the sector, especially the widespread circulation of the short-sighted and wrong-headed idea of getting rich quick.

"Blockchain technology is harmless, but its initial development has not been without setbacks and mistakes. Therefore, effective regulatory measures must issue to correct such mistakes," one insider stated.