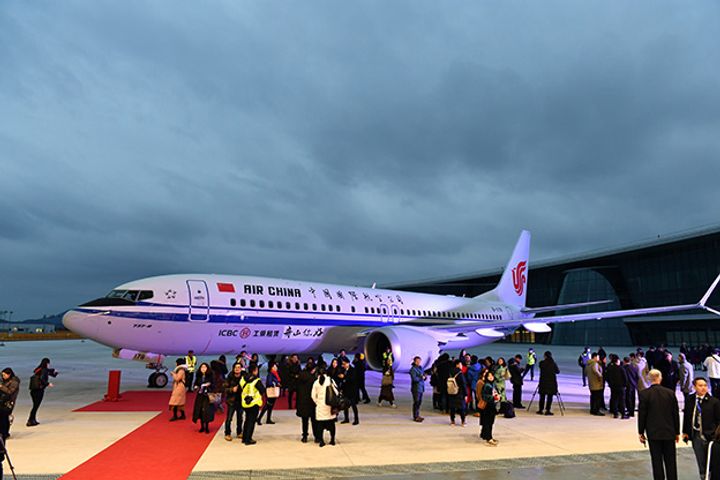 Boeing and Shanghai-based Commercial Aircraft Corporation of China announced their scheme to build the Boeing 737 Completion and Delivery Center in the port city of Zhoushan in eastern China's Zhejiang province in October 2016. Boeing's Renton plant in Seattle, Washington in the US fabricates the 737 and the Zhoushan plant completes the finishing work, per the plan.

The center, tasked with interior installation and painting, is a joint venture between the two, while Boeing wholly owns the delivery center that conducts final-stage flight testing and delivery.

The first phase of the Zhoushan complex covers an area of 40 hectares, including manufacturing, painting and maintenance hangars, office buildings and supporting facilities. The 737 MAX 8 arrived at Zhoushan from Seattle on Nov. 9 and had its cabin interior installed there. The delivery marks the project's official entry into production.

The plant will process about 100 jets a year and employ some 300 staff when it achieves full capacity spanning the entire 737 MAX family of aircraft from the MAX 7 for high-altitude airports to the MAX 10 for high-capacity, John Bruns, president of Boeing China, told Yicai Global.