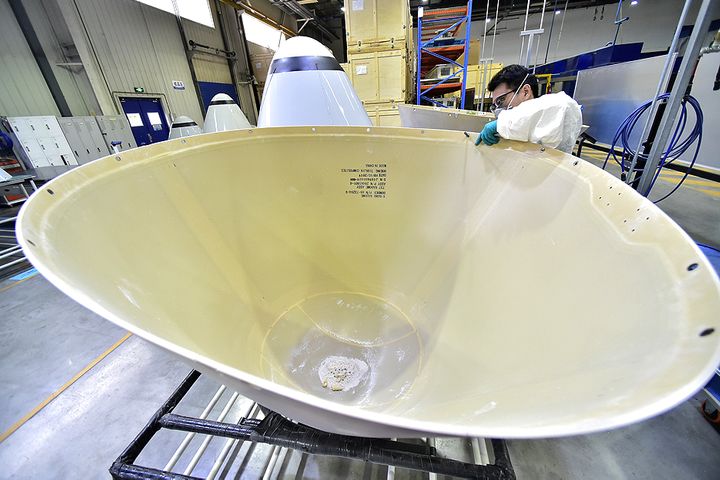 (Yicai Global) Nov. 27 -- Aviation giant Boeing has begun work on the second expansion of a Chinese parts factory in a move that will double the current production space at the facility.

Boeing Tianjin Composites will add 20,000 square meters to the facility in northern China, taking its total working area to 83,900 square meters, Boeing China said online yesterday. It did not disclose how much the extension would cost, but expects to complete the work in 2021.

The expansion is the plant's second to date and includes new work areas and amenities, including upgraded offices and conferences rooms, a new employee canteen, underground parking, a fitness center and a baby-care room.

Boeing and state-owned Aviation Industry Corp. of China founded Tianjin Boeing in 2001. It makes around 13,000 composite parts and components for civilian Boeing aircraft every month and has delivered nearly 1.5 million parts, used in planes the world over, since its formation.