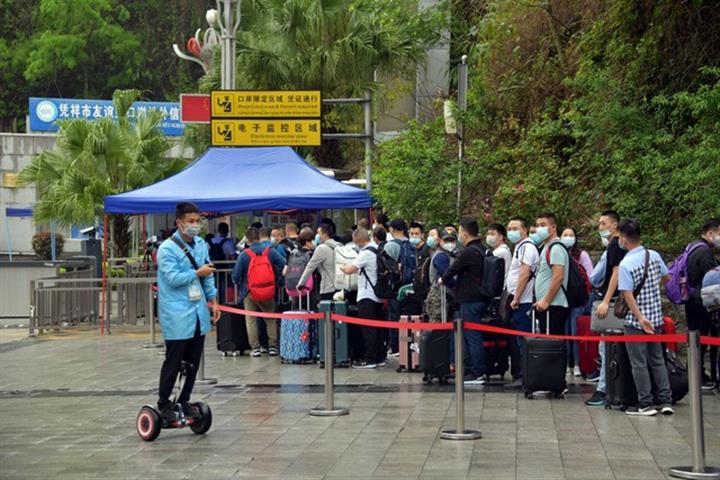 The world's second-largest economy should enhance its control of infectious diseases at points of entry and exit, as well as boost its first-aid and emergency supplies, Xu Ruixia, an official from the Inner Mongolia Autonomous Region, said during the fifth session of the 13th National Committee of the Chinese People's Political Consultative Conference.

China has one of the world's strictest Covid-19 prevention protocols as all international arrivals need to complete at least a 14-day quarantine at designated hotels.

Border towns should have better hospitals and more essential workers should be lured to these areas with higher pay, Xu said. Last year, three border cities in Inner Mongolia had Covid-19 outbreaks because of imported cases.

The government and enterprises of Yunnan province, which has borders with Myanmar, Vietnam, and Laos, have bought a lot of supplies to prepare for travelers' quarantine, said local official Yang Fusheng. The state could support the southwestern province financially to help remain in control of the situation, Yang added.

China's mainland has recorded more than 2,450 imported Covid-19 cases as of yesterday, according to data from the National Health Commission. The total number of cases exceeds 15,800. Nearly 13,400 hospitalized patients have recovered.