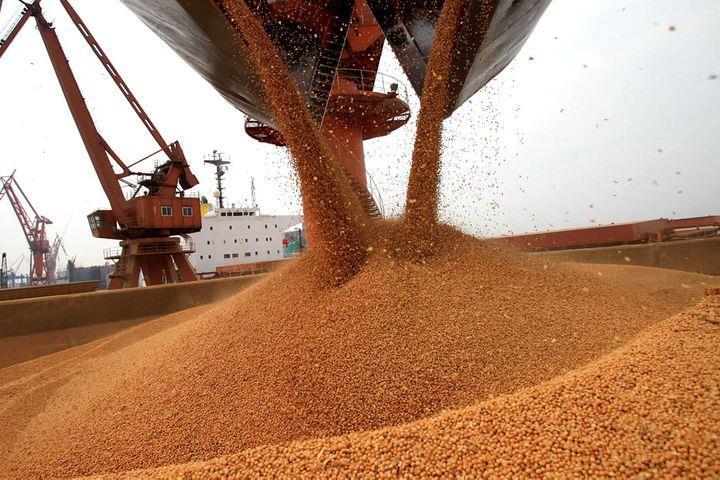 (Yicai Global) April 8 -- Brazil's soybean industry has not been impacted by the Covid-19 pandemic and will continue exporting to China, its top client, at an "expansive" pace, a senior official at the Brazilian Association of Vegetable Oil Industries (Abiove) said yesterday.

"Brazil is striving to supply its domestic market and also guarantee its exports. All of the coronavirus prevention measures in the country are not causing any problem for soy exports," Abiove's chief economist, Daniel Amaral, told Xinhua.

Abiove's monthly report in April maintained its harvest forecast for 2020 at a record 123.7 million tons, compared to the 120 million harvested in 2019.

"Sales to China continue in an expansive way," said Amaral, whose association gathers Brazil's soy enterprises, including those who make soybeans, soybean oil and soybean meal.

"Brazil is a historic and strategic partner for China in the realm of soy," said Amaral.

"The bilateral trade data reflects the mutual trust we have with China, both in Brazil's export capacity and in Brazil's confidence in the Chinese market," he added.

While Brazil's export outlook appears solid, it remains to be uncertain how the Covid-19 health crisis will impact domestic demand for such products as cooking oil and biodiesel, he said.

Abiove has not seen any changes in logistics regarding soy shipments to China and other destinations amid the outbreak.

However, the association did launch a campaign to support truck drivers during the lockdown with lunchboxes as restaurants and fast-food stops along the highways were closed in line with quarantine measures.