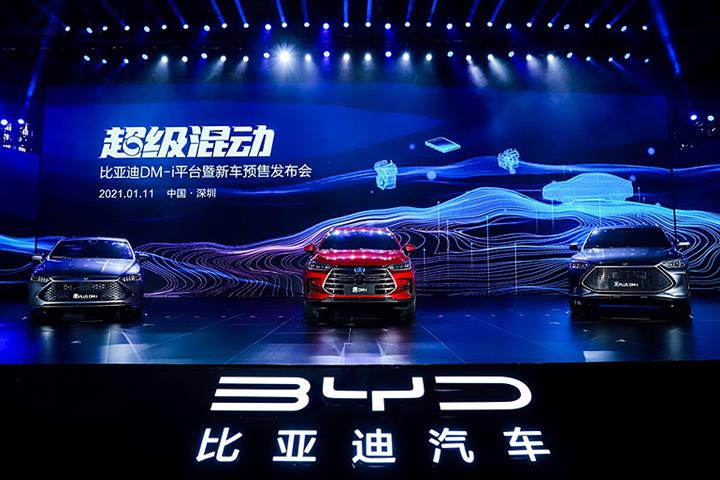 (Yicai Global) Jan. 12 -- Chinese carmaker BYD has launched a hybrid platform that can reduce energy consumption so low that the vehicle's range exceeds 1,200 kilometers, an enviable number to its rivals.

BYD unveiled the DM-i Super Hybrid platform yesterday and said it will release three models equipped with the technology in March. DM-i will be a disruptor in the combustion engine car field, Chairman Wang Chuanfu said.

“We want the DM-i Super Hybrid to enter the market segment where traditional fuel cars are absolutely dominant and create a blue ocean in a red sea,” Wang said.

DM-i-based vehicles consume as little as 3.8 liters of fuel per 100 kilometers. If using the pure-electric mode, the range is 120 km. The car can also go from zero to 100 km per hour at least two seconds faster than traditional combustion engine cars of the same level.

The platform's dual-mode range is higher than that of one of its main rivals. Li Auto, which sold more electric sport-utility vehicles than any other Chinese automaker for three straight months from last September, said its Li One hybrid model can go 800 km before needing to recharge.