ByteDance Is Not Happy With Having to Sell TikTok’s US Business, Founder Says
Zhang Yushuo
DATE:  Aug 03 2020
/ SOURCE:  Yicai 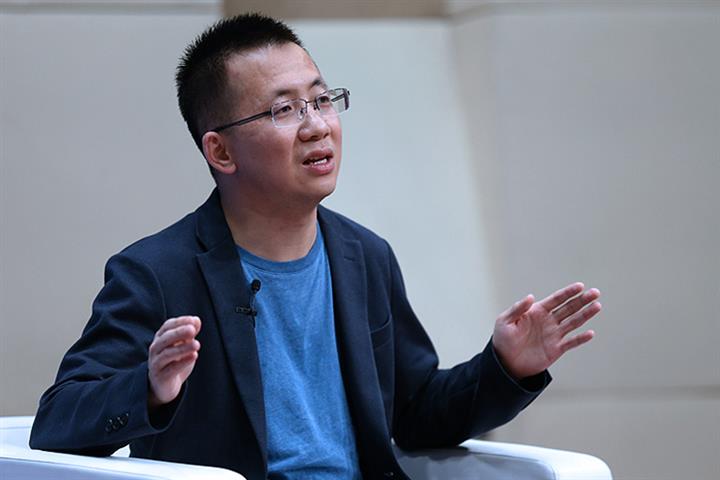 ByteDance Is Not Happy With Having to Sell TikTok’s US Business, Founder Says

(Yicai Global) Aug. 3 -- TikTok’s owner Bytedance Technology disagrees with the US government’s decision that it must sell its popular short video app’s US operations to avoid a ban due to national security concerns, according to founder Zhang Yiming.

“We disagree with the Committee on Foreign Investment in the United States’ conclusion because we have always been committed to user safety, platform neutrality and transparency,” Zhang, who is also chief executive, said in an internal circular to company staff today.

“Although we have made it clear that we are a private company and that we are willing to take additional technical measures to further address any concern, CFIUS determined that ByteDance must fully divest TikTok’s US operations,” Zhang said.

But in the current climate, the decision by CFIUS is understandable, he added.

US government pressure on the short video app operator for alleged threats to the country’s national security has put TikTok under great strain since the start of this year. That culminated with President Donald Trump saying on July 31 that, “As far as TikTok is concerned, we’re banning them from the United States.”

ByteDance took over Shanghai-based lip-syncing app Musical.ly, which had a strong US base, in December 2017 and a year later merged it with TikTok, known as Douyin in China, to turn it into a global product. The firm said it fully cooperated with the CFIUS during its review of this acquisition.

Beijing-based ByteDance is in discussions with a tech firm to “help clear the way for us to continue offering the TikTok app in the US,” Zhang said in today’s circular.

That firm was most likely US software giant Microsoft which said yesterday that it is “committed to acquiring TikTok subject to a complete security review and providing proper economic benefits to the US.” It expects to have completed talks with ByteDance by Sept. 15.

While the outcome remains uncertain, Zhang emphasized that he remains confident in the long-term success of TikTok and that the firm still adheres to its vision of being a trusted and truly global company.