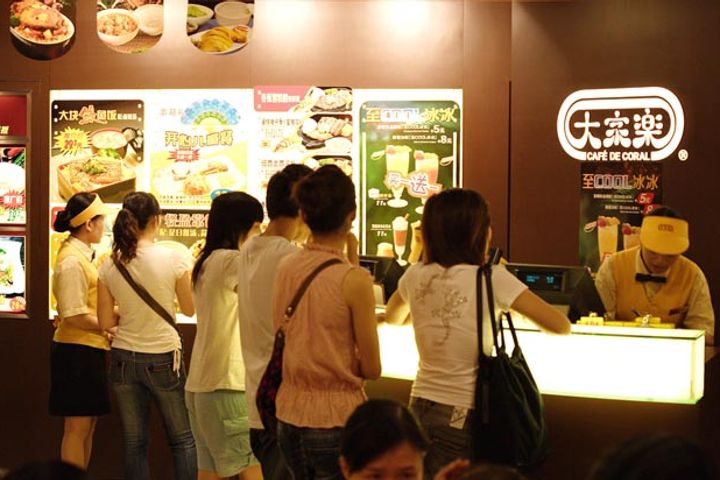 (Yicai Global) June 29 -- Fast food chain Cafe de Coral Holdings withdrew from eastern China as part of a change in business strategy and not a result of losing money, according to its chief executive.

The Hong Kong firm was making money in the region but closed down restaurants in October as property leases were expiring, Yang Bin told Yicai Global in an exclusive interview. The chain now plans to focus on the country's southern markets.

Cafe de Coral entered the Chinese mainland in 1992, immediately setting up 20 outlets in Shanghai and Beijing in the east and Guangdong province in the south. Struggling to find success, the firm withdrew from the mainland before re-entering in 2003 across more cities. It ran in East China until last October, when it shut down the 11 outlets in the region cities and sparked speculation that the brand was struggling to hold its own.

Similarities in taste between Hong Kong and Guangdong have helped Cafe de Coral flourish in the south, but despite turning a profit the company struggled to build a reputable brand along the country's eastern border. Yang took over the firm's mainland business in February 2016, and departing from the east was one of his key strategies.

In order to maintain sustained growth on the mainland, it was necessary to adopt a centralized management system, Yang said. The company needed to build up a solid foundation without decentralizing resources, and that was more easily done in the south, he added.

More and more workers are moving into the middle-income bracket on the mainland, which creates new opportunities for Cafe de Coral, Yang continued. The brand currently has 100 onshore stores, mostly based around Guangdong province.

The company makes 80 percent of its revenue in Hong Kong, but the market there is too mature and there is limited room for growth, Yang added, saying Cafe de Coral still needs to explore ways to succeed on the mainland. There are some Hong Kong-style restaurants performing well outside of Guangdong, he confessed, but noted that they adjust their dishes in order to meet local tastes.

The firm will return to eastern China within the next five years, but may employ a multi-brand strategy or resort to mergers, Yang said, adding that heading further north is also a possibility.