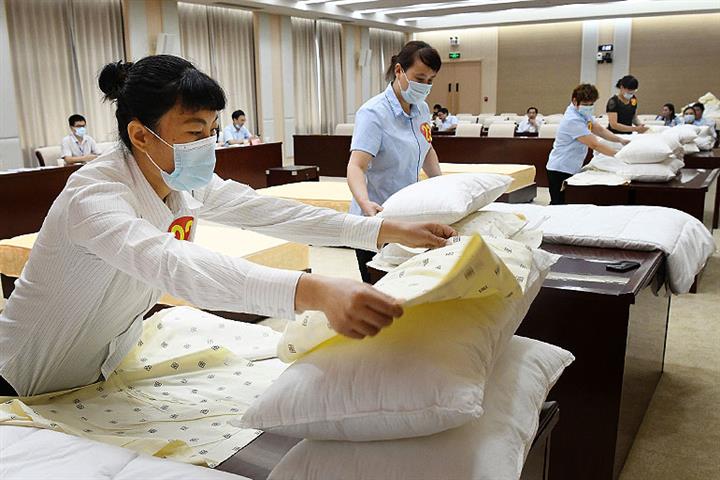 (Yicai Global) April 6 -- China’s services sector activityexpanded at the fastest pace so far this year in March, extending gains into an 11th consecutive month, as optimism among firms reached a 10-year high amid the release of pent-up consumer demand.

The figure was in line withthat issued by the National Bureau of Statistics. The official service industry PMI climbed 4.4 points to 55.2 in March. The bureau's composite PMI rose 3.7 points to 55.3.

The country’s services sector has been recovering faster than manufacturing. The Caixin manufacturer’s PMI fell 0.6 point to 50.6 in March, the lowest level since last May. The gauge has slowed over the past four months.

Service providers are confident about their prospects, according to Caixin’s survey, which mainly polls smaller and privately owned firms. Last month, business expectations hit the highest level since February 2011.

Demand for services in March was strong with new customers and projects as the market recovers from the impacts of the Covid-19 pandemic, according to the firms that Caixin surveyed. But overseas markets are still grappling with the coronavirus as new orders fell for the second straight month in March.

Input costs and output prices in the service and manufacturing sectors have been rising for several months, reflecting growing inflation risks, said Wang Zhe, senior economist at think tank Caixin Insight. That has squeezed the room for policy maneuvering and is not favorable to sustained economic recovery after the pandemic, Wang added.