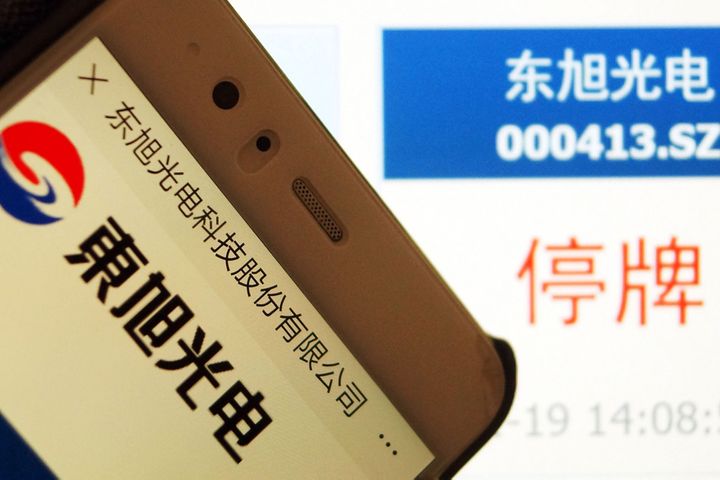 (Yicai Global) Nov. 19 -- Tungshu Optoelectronic Technology has failed to pay CNY2.01 billion (USD286.2 million) in principal and interest on two medium-term notes due to purported liquidity issues despite having more than CNY18 billion (USD2.56 billion) on the books.

Production and operations are normal, the Beijing-based electronics firm said in a statement today. It has short-term liquidity difficulties and is actively raising funds and negotiating with creditors to accelerate the collection of payments.

A similar incident occurred earlier this year involving Furen Group Pharmaceutical, indicating that some of China's private businesses are facing a funding crisis. Despite having CNY1.8 billion on its balance sheet, the Shanghai-based drugmaker was unable to issue cash dividends of CNY60 million (USD8.5 million). An investigation by the Shanghai Stock Exchange revealed that the firm only had CNY3.8 million in liquidity and that over CNY1.7 billion had disappeared. The investigation is ongoing.

Trading of Tungshu Optoelectronic's shares was suspended on the Shenzhen stock exchange today as the firm's controlling shareholder, Tunghsu Group, prepares for a major shake-up, the company added.

The group's parent company Tunghsu Optoelectronic Investment is preparing to sell 51.46 percent of its shares in Tunghsu Group to the Shijiazhuang Municipal State-owned Assets Supervision and Administration Commission. Trading of another listed unit, Tunghsu Azure, was also halted.

Tunghsu Optoelectronic is one of China's largest high-tech firms that integrates equipment manufacturing, technical development, production and sales of liquid crystal displays glass substrate. It had liquid assets of CNY44.5 billion (USD6.3 billion), according to the firm's third-quarter earnings results, including CNY12 billion in notes receivable and accounts receivable and CNY5 billion worth of inventory.