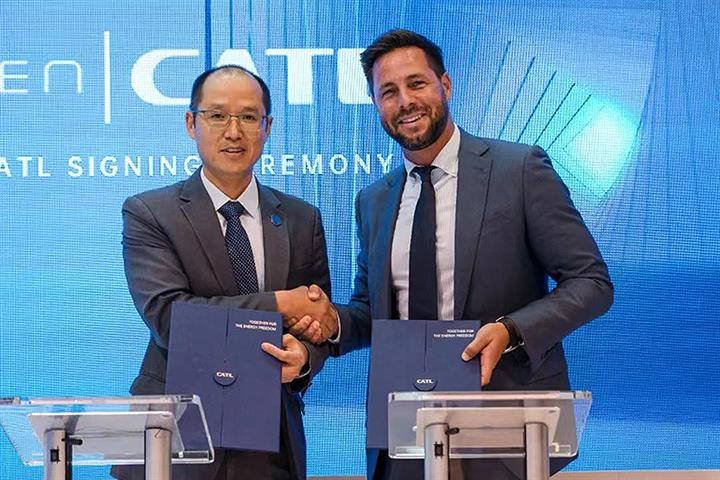 CATL will supply 10 giagwatt-hours of containerized liquid-cooled energy storage to FlexGen over the next three years, the Ningde-based firm announced today. It said the product has a safe operating life of 20 years with an energy density twice that of conventional air-cooled systems.

CATL recently picked North Carolina-based FlexGen as an authorized service provider in the North American market to provide maintenance and optimization services for its locally deployed energy storage systems, with the current scale of their cooperation exceeding 2.5 GWh, CATL said.

CATL’s products have been widely used in energy storage projects in North America, including three with electricity supplier South California Edison providing a total capacity of more than 2.1 GWh. In addition, CATL has commercial projects of more than 500 megawatt-hours in operation and under construction in Texas, it said.

According to SNE Research, CATL has ranked first in the world for power battery installations over five consecutive years.

The company also has been rapidly developing its energy storage in recent years, with first-half revenue from the business surging 171 percent from a year earlier to CNY12.7 billion (USD1.8 billion). That accounted for about 11 percent of total revenue, CATL’s latest financial report showed.