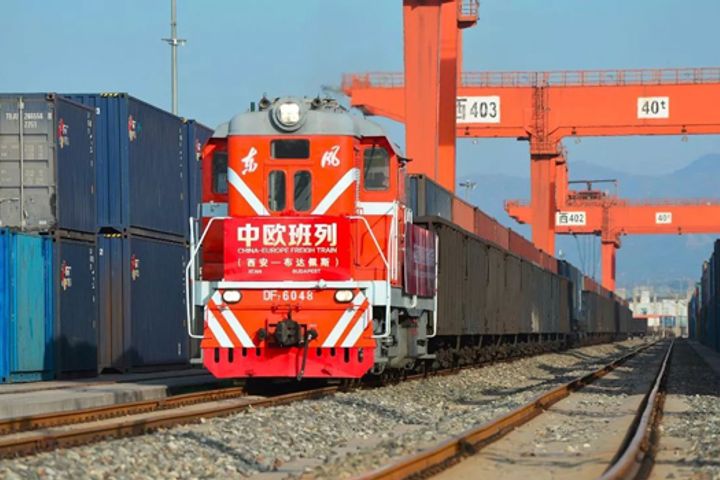 (Yicai Global) July 2 -- The number of cargo trains departing from China's southwestern city of Chengdu to Europe has hit a national record of 2,000 trips since the start of the Silk Road-trailing rail link less than 6 years ago.

One of the new routes includes a connection to Russia, kicked off this year. A line delivers timber from Russia's Siberia to China while another two-way route takes vegetables, fruit, and clothing items to Moscow, and comes back with local produce such as pulp and candy.

Increased railway connections are on China's list of plans along with its massive Belt and Road investment initiative, which pans over Central Asia, Europe, Africa and even South America.

Chengdu-Europe Express Railway Service is twice as fast as traditional shipping routes and one-quarter of the cost of air freight, South China Morning Post reported. A cargo train on the track departs at last three times every day and the rail link stretches more than 10,000 kilometers, while taking 10 days to reach Poland and 14 to Germany.

The line started operation in April 2013, and it has now connected 14 domestic cities and 16 foreign cities.