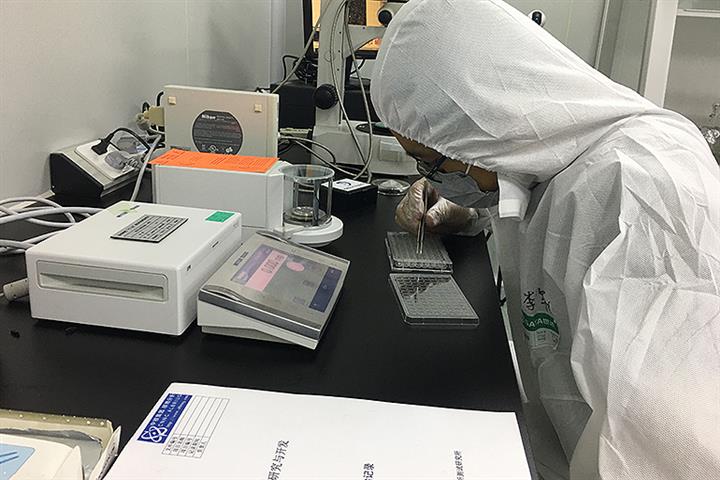 (Yicai Global) Sept. 9 -- China has become the third country to discover a new mineral on the moon, after announcing that a team of scientists made the major find when studying lunar soil samples.

Changesite-(Y) is the sixth new mineral found on the Earth’s nearest neighbor, the China National Space Administration and the China Atomic Energy Authority said at a joint press conference in Beijing today.

The mineral was discovered by a team from the Beijing Research Institute of Uranium Geology under the state-owned nuclear energy giant China National Nuclear Corporation when investigating nuclear energy elements in lunar soil samples, according to CAEA Vice Director Dong Baotong.

The United States and the former Soviet Union were the first two countries to find new minerals on the moon.

China’s Chang’e-5 spacecraft returned to the Earth with 1,731 grams of soil samples from the moon in December 2020, Liu Jizhong, deputy commander-in-chief of the Lunar Exploration Project, said at the press briefing. So far, the CNSA has sent 152 samples to 33 scientific research bodies, he added.