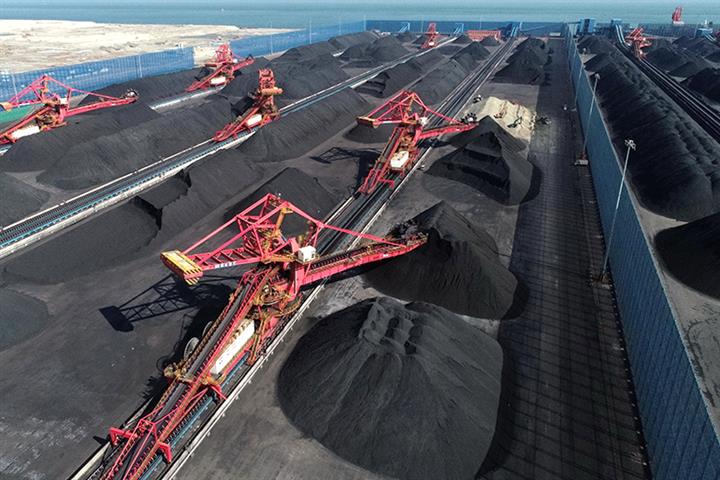 (Yicai Global) Oct. 12 -- Chinese coal futures surged to new record levels after the state planning agency issued a notice on electricity pricing reform, according to which on-grid tariffs for coal-fired power generation will be liberalized.

The most-active thermal coal futures contract traded on the Zhengzhou Commodity Exchange climbed by the daily limit today to CNY1,507.80 (USD233.60) per ton.

All electricity generated from coal-fired plants will enter the power market, according to the notice released today by the National Development and Reform Commission.

Cinda Futures noted that the recent floods in China’s northern province of Shanxi have had a detrimental impact on coal production and transportation.

Shanxi is the country’s largest coal-producing region with a total of 682 working mines as of August, according to the provincial energy bureau. Its mines produced 1.1 billion tons of coal last year, up 8.2 percent from 2019.

Shanxi experienced record rainfall in the past week, according to the provincial government. The downpours triggered floods that have claimed lives and affected more than 1.7 million people.

A global energy shortage and decrease in coal imports has also cut domestic thermal coal supply, Cinda Futures noted, while electricity pricing reform has enabled power producers to accept higher coal costs, and in the long run this is expected to further push up prices.

Conditions in the coal market are expected to gradually ease in the fourth quarter, according to First Futures, but it will take time to turn things around. In the context of low inventory and weak replenishment, as well as the approaching winter electricity demand peak, coal prices will continue to fluctuate at high levels.