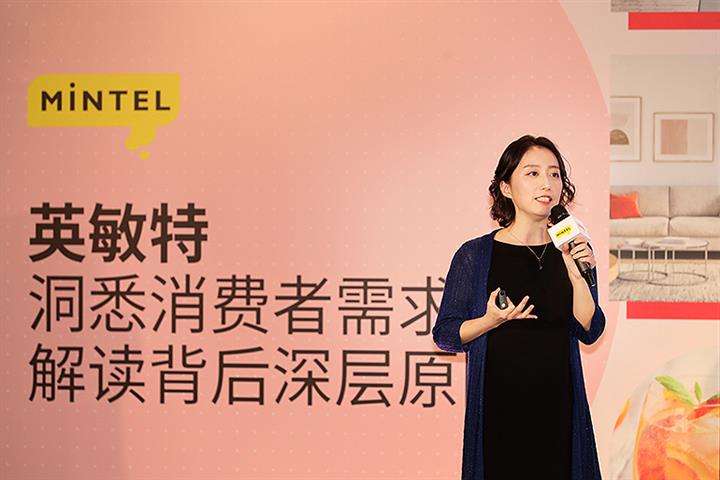 China’s Consumer Spending Should Be Back to Normal Next Year, Report Says

(Yicai Global) Oct. 21 -- China’s consumer expenditure should be back to pre-pandemic levels by 2021, despite an expected 5.6 percent contraction this year, according to a new report.

If the Covid-19 outbreak remains largely under control, China’s consumption is likely to climb at a compound annual growth rate of 7.3 percent from next year to 2024, according to a report released by market research firm Mintel Group yesterday.

There are many positive signs that show that consumption is on the rise, Xu Ruyi, head of reports for North Asia at London-based Mintel Group, told Yicai Global. Spending over the eight-day National Day holiday earlier this month reached 70 percent of last year’s levels and there were 80 percent the number travelers who headed out in 2019.

“Two-thirds of the participants in our survey predicted their overall earnings will drop this year,” said Xu. As a result, many are being more prudent with their outgoings and tend to focus on good-quality purchases, rather than buying plenty of cheap brands, as they trim back their non-essential spending, the survey said.

“The middle-aged and the elderly tend to keep up with trends in terms of consumption and lifestyle,” said Xu. Sixty percent of those aged 50 and above who live in urban areas buy their vegetables and fruits online, the report said. Fifty-eight percent of them would rather organize fun activities in their leisure time, than care for their family. Their demands can serve as a positive reference for policies to spur consumption, Xu added.

The top five sectors with the fastest growth in spending from 2010 to last year were holidays, transport, over-the-counter drugs and pharmaceuticals, food services, personal finance and housing. Holidays and food services have taken a hit from the Covid-19 pandemic but are likely to bounce back with time, the report said.