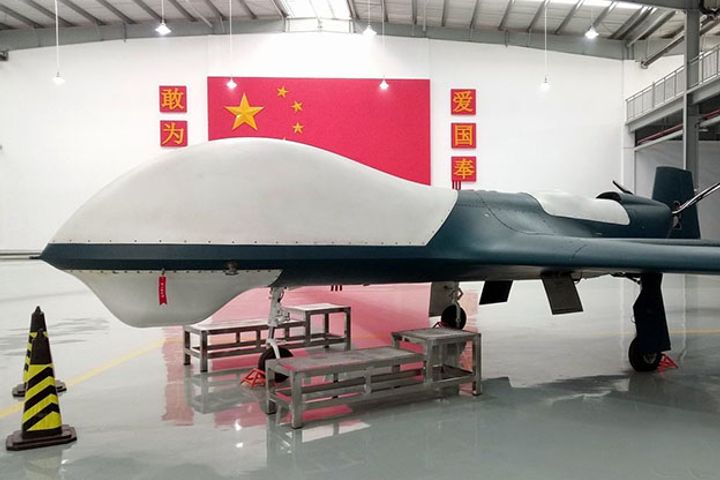 (Yicai Global) Sept. 6 -- Combat drones made by a unit of Changying Xinzhi Technology are set to go on sale in the international military hardware market after China's Central Military Commission gave its blessing to these exports.

The Tianying BZK-005E is based on the domestic military BZK-005 drone, which may be exported if this does not endanger national security, per national regulations on export of armaments, the announcement stated.

The announcement revealed no further details as to these drones' functions, however.

Tianyu Changying, which is headquartered in Taizhou in China's southeastern Zhejiang province, is the country's largest supplier of large and mid-sized military pilotless aircraft. It will dispatch the UAVs to establish a bridgehead in the international military market and conclude export contracts via specialist trading companies, the announcement said.

The grant of an export license demonstrates the superior quality and reliability of Tianying BZK-005E drones, while users highly acclaim their functionality and ease of post-use maintenance, feedback and real-life experience shows, the announcement added.