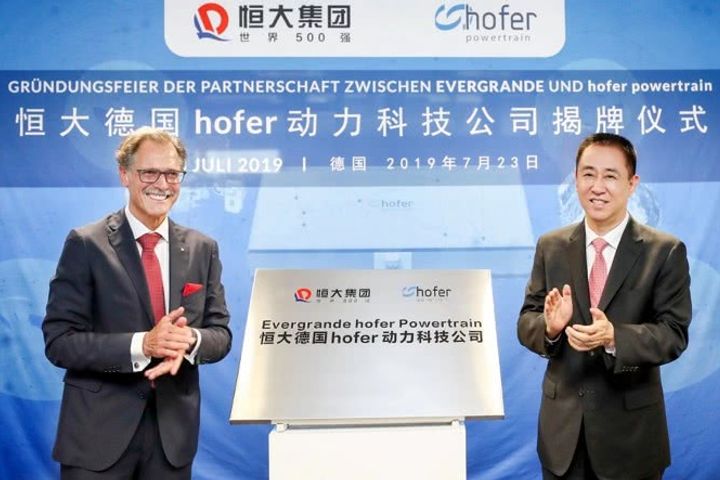 A subsidiary under Evergrande Health Industry Group will set up a joint venture called Evergrande Hofer Powertrain with Hofer in Stuttgart, the Guangzhou-based health management firm said in a statement today, without disclosing the size of investment. Evergrande will have 67 percent and Hofer 33 percent of the JV's equity.

The JV strives to develop world-leading integrated powertrain core technologies and build a research and development base in China, the Chinese company added. Johann Hofer, the founder of the Nurtingen-based firm, will serve as chairman.

Evergrande Health started making inroads into NEV business last year and the pace has only accelerated this year. In January, it purchased a majority stake in the National Electric Vehicle Sweden, the owner of Saab brand, for USD930 million. It also bought a 58 percent stake in Shanghai's Cenat New Energy battery maker for CNY1.1 billion (USD159.8 million). Cenat was set up by Japan's Enax and China Automotive Technology and Research Center in 2010.

Founded in 1980, Hofer has 15 research institutes and four production bases in Germany, US, UK, Italy, and Austria. It counts Mercedes-Benz, BMW, Volkswagen and Lamborghini as some of its clients.