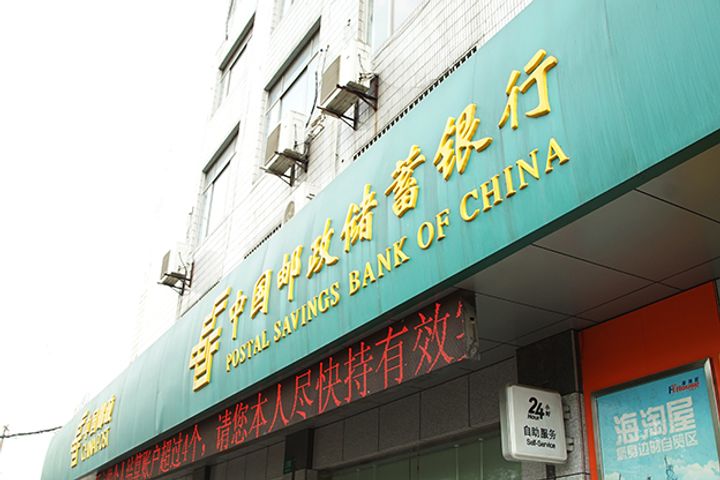 (Yicai Global) Aug. 30 -- Nearly a year after its successful initial public offering on the Stock Exchange of Hong Kong's main board, Postal Savings Bank of China Co. [HK:1658] (PSBC) intends to float on the Shanghai Stock Exchange by issuing no more than 5.17 billion A-shares.

The bank said that it approved the proposal to issue A-shares at its board meeting yesterday.

The company said that after its successful H-share listing, it plans to complete its financing platform at home and abroad and open capital supplementation channels with an A-share listing. The bank said that it is a leading major retail bank in China with a firm market position to serve communities and small and medium-sized enterprises.

PSBC issued 12.43 billion H-share on the Stock Exchange of Hong Kong's main board in September last year in the world's largest IPO for the year. It was the last major state-owned bank in China to float.

PSBC's H-shares traded at USD0.71 (CNY4.66) per share yesterday, giving it a market cap of USD14.04 billion. The largest shareholder of the bank is China Post Group Corp., holding a 69.23-percent stake.

Founded in 2007, PSBC is the fifth largest bank in China, with approximately 40,000 locations and over 500 million individual customers.