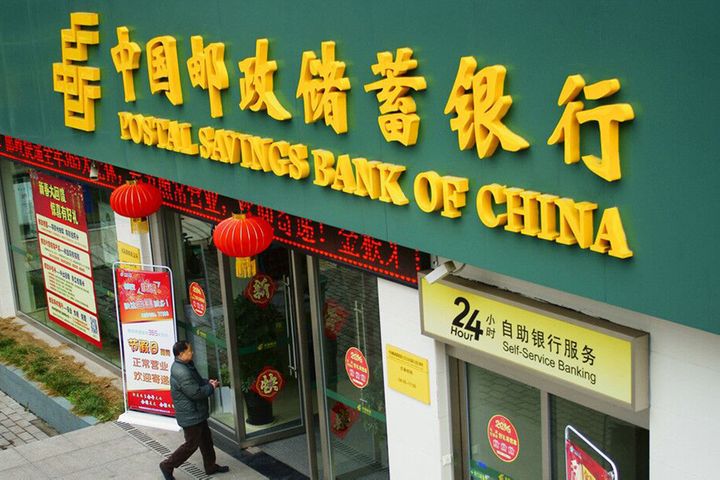 (Yicai Global) Dec. 4 -- First it was noteworthy for being only the fourth company ever to include a so-called greenshoe share over-allotment clause in a Chinese mainland listing. Now some investors have made the unusual decision to decline to buy about 2 percent of the shares Postal Savings Bank of China is offering in its Shanghai listing.

A group of subscribers, most of whom were retail investors who booked online, left nearly 119 million shares unsold, which were then taken up by the joint lead underwriters, according to a filing with the Shanghai Stock Exchange yesterday. The shares were worth about CNY653 million (USD92.4 million).

Retail investors need to meet certain conditions to subscribe to new shares in China and it is rare for any to abandon subscriptions. The snub to the Beijing-based lender may signal a turbulent debut for the biggest listing in mainland China since 2015.

State-owned PSBC yesterday issued 5.2 billion shares, or about 6 percent of those outstanding, priced at CNY5.50 (US 78 cents) apiece, raising CNY28.5 billion (USD4 billion). The offering was nearly 80 times oversubscribed, according to a statement from the bank. If the underwriters exercise the full 15 percent in the over-allotment clause, the listing could reach CNY32.7 billion (USD4.7 billion).

Its Shanghai shares have yet to started trading. Nearly 58 percent of these were subscribed by eight strategic investors or other offline ones with selling bans that range from six to 12 months. The rest were booked without a lock-up period.

The lender provided greenshoe options to cornerstone investors so that if the stock price falls below the offering price within 30 days the underwriters can force unsuccessful subscribers to buy them.