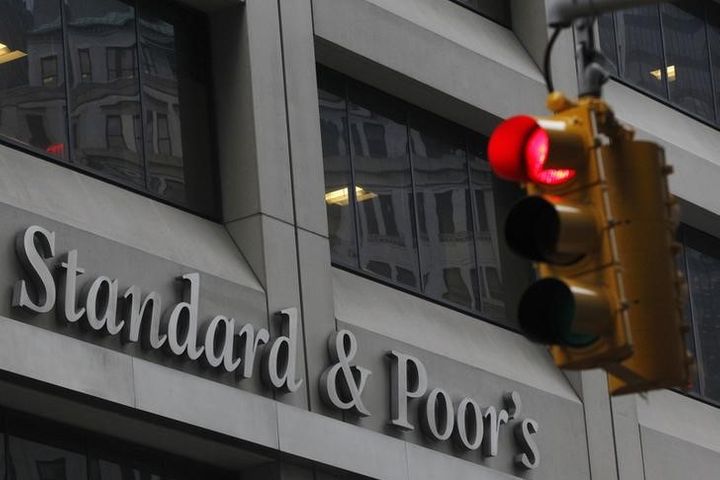 China is pushing forward the supply-side structural reform; the foundation of China's economic growth has become more solid, and the quality of growth has improved, the ministry reminded. It is puzzling that S&P lowers the country's credit score against such a backdrop, it commented.

China's economic development has advanced and is moving in a positive direction while maintaining stability this year, the ministry stressed. Gross domestic product grew 6.9 percent annually in the first half of this year, which is higher than expected, with the economy growing at a medium to high speed for the eighth consecutive quarter. Foreign exchange reserves have increased steadily for seven months in a row, reflecting the international community's confidence in and expectation for the Chinese economy, it underlined.

S&P said China's local government financing platforms are still taking on debt to finance public investment and may use government resources to pay back loans in the future.

In response, China's finance ministry said S&P counts all of the liabilities of financing platforms as government debt, which is wrong by definition. China's 'Budget Law' and 'Company Law' have clearly defined local government debt and state-owned enterprise (SOE) debt. Pursuant to 'Budget Law', debts incurred by local SOEs are not government liabilities and should be repaid by SOEs themselves. Local governments are not liable for repayment, and as investors, they take on responsibility within the range of how much they invest.

China's government debt was CNY27.33 trillion (USD4.1 trillion) as of the end of last year, accounting for 36.7 percent of the country's GDP, including CNY15.32 trillion of local government debt, the ministry clarified.

Commenting on S&P's claim that China's strong credit growth could have weakened financial stability, the ministry said China's high savings underpin its financial system, which is dominated by indirect financing, with bank loans being the primary source of social financing. As long as banks extend loans prudently, strengthen supervision and guard against credit risks, China's financial system will remain sound.

China's broadly measured money supply (M2) grew 8.9 percent annually last month, significantly slower than its average pace of growth since the outbreak of the global financial crisis in 2008, suggesting that money growth is increasingly in step with economic growth. The China has ramped up efforts to guard against financial risks, regulated asset management business and clamped down on shadow banking to ensure the stability of the financial system and its sustained ability to serve the real economy, it added.