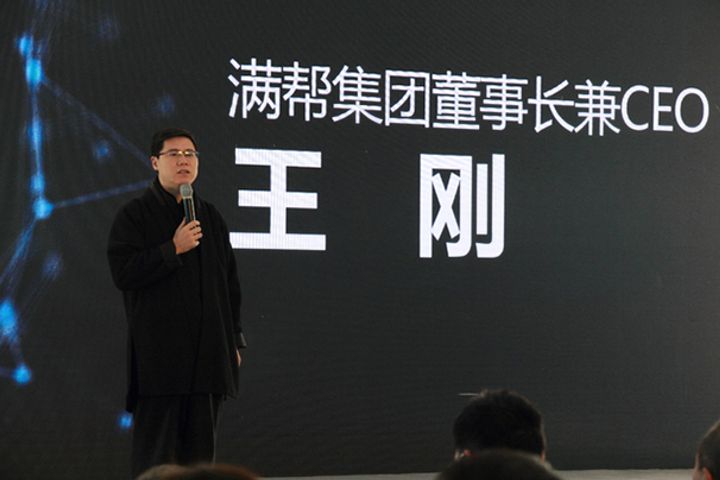 (Yicai Global) Dec. 21 -- China's freight market has ample room for growth if it can leverage the country's Big Data on smart transport, said Wang Gang, chief executive of Manbang Group, a company born out of the merger of truck-hailing firms Huochebang.cn and Ymm56.Com a month ago.

Wang made the projections yesterday as Manbang announced its establishment of a national transport Big Data laboratory in Guiyang in southwestern China's Guizhou province in the Ymm56.com investor's first public comments on Manbang's strategy.

"Manbang first needs to consolidate the original trading platforms of Huochebang.cn and Ymm56.com before further developing value-added services such as fleet, finance and ETC [electronic toll collection], thus shifting from a platform company into a smart enterprise and ultimately becoming a firm with its own ecosystem," Wang said.

Scale and technology were two core investment focuses of Wang, a former investor in China's ride-hailing juggernaut Didi Chuxing, from Wang clearly learned that internal fighting between operators does not lead to a good outcome, which is also one reason the two truck-hailing service providers merged.

Merger negotiations between Huochebang.cn and Ymm56.com were difficult as the two former competitors faced challenges in aligning their corporate cultures.

Wang was, however, the consummate matchmaker. Thanks to his efforts, the two companies have retained their original operating structure after the merger, with their chief executives unchanged. Wang also serves as the new firm's chairman and chief executive, marking the first time he has morphed from an investor into a business manager.

Large scale alone is not enough, however. New technology is the core barrier. "Didi's development in the past five years has proven this. Massive subsidies for consumers would not be an enduring solution. Ultimately, we still need to rely on technology to develop core competitiveness."

Though the passenger transport market and freight market differ greatly, the logic behind platform and data integration is similar, he noted, adding that truck-hailing platforms may learn from Didi's development path.

"Some 70 percent of truck drivers responsible for mid- and long-haul routes use truck-hailing apps, which will generate substantial income for our company," Luo Peng, chief executive of Huochebang.cn, told Yicai Global.

Huochebang.cn's goal is to match China's 20 million trucks with freight demand. The company is working with over 2.3 million trucks and handles up to 100,000 orders a day, transporting goods that include seeds, farm tools, cement, coal and other commodities, with daily transport deals of up to USD120 million.

Manbang also will look into new energy and unmanned driving projects, as well as overseas expansion, it said yesterday.