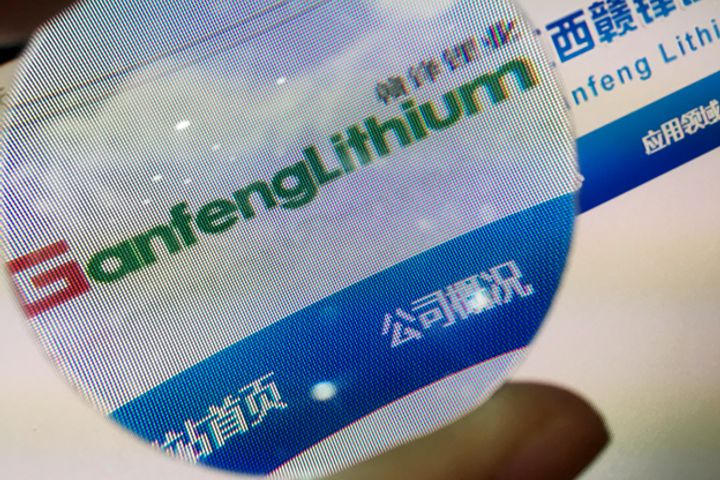 China's Ganfeng to Give Tesla 20% of Its Battery Materials

(Yicai Global) Sept. 21 -- In its second deal of the week, Ganfeng Lithium, one of the world's biggest makers of lithium products, and its GFL International unit have agreed to supply Tesla with 20 percent of the Chinese firm's annual output of lithium hydroxide.

Elon Musk's California-based electric startup will oblige its battery suppliers to purchase a fifth of the lithium hydroxide made by the Chinese firm until the end of 2020, Gangfeng said in a statement today. The deal will help the Jiangxi province-based company cement a long-term stable partnership with Tesla, it added. The price will be decided later.

Lithium is an important basic material used in rechargeable batteries, which are the lifeblood of the rising new-energy vehicles sector, where China was the world's largest and fastest growing market last year.

Tesla signed a USD2 billion investment agreement with the Shanghai government in July to build its first overseas factory with an annual output of 500,000 electric vehicles. The plant is the largest foreign manufacturing project ever in the city.

Ganfeng Lithium is also set to almost double its supply of rechargeable battery ingredients to South Korea's LG Chem, just a month after their first contact, the firm said two days ago. Under their new deal, Gangfeng will supply 45,000 tons more of lithium hydroxide and lithium carbonate between next year and 2025. Last month, they agreed on 47,600 tons of lithium dioxide at market prices until 2022.

LG Chem is likely to need the materials for its second China factory that will be completed in October next year.