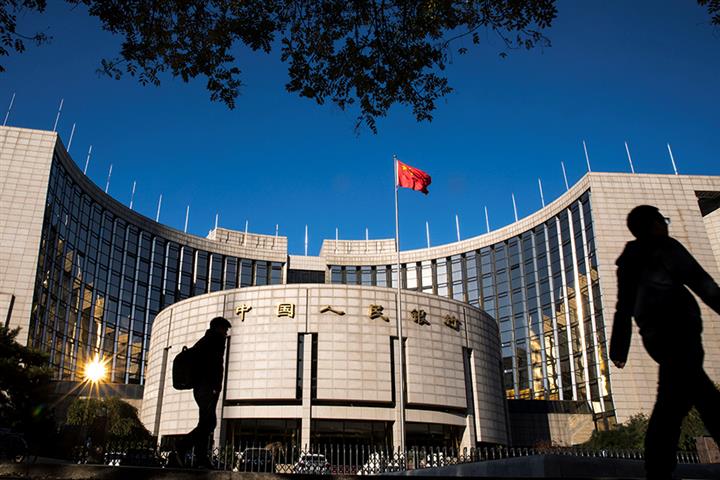 (Yicai Global) April 17 -- China’s central bank has started testing its cryptocurrency with one of the country's largest state-owned lenders to roll out a digital token app that could be used to help the households and businesses most financially affected by the coronavirus epidemic.

The People's Bank of China and Agricultural Bank of China will pilot the app in Shenzhen, Chengdu, Suzhou, and Xiong'an New Area, Yicai Global learned from people familiar with the matter.

Though the price of Bitcoin has slid and Facebook's Libra project has been scaled back, China should speed up the launch of its own cryptocurrency -- called Digital Currency Electronic Payment, or DCEP -- according to experts in the country.

China could reach similar outcomes with DCEP as overseas governments have with quantitative easing, Zhang Chunxin, deputy academic dean of Fudan University's Fanhai International School of Finance, told Yicai Global. China generally does not use QE, but it could use DCEP as a direct monetary and fiscal policy mechanism to skip inefficient intermediaries, Zhang said.

PBOC Governor Yi Gang said in December that the central bank will avoid the traditional method of boosting the money supply by buying government securities while sticking to other monetary policy measures to avoid deflation.

The virtual pathway to recovery could be simple. The authorities “could deposit funds from the stimulus plan into the digital renminbi accounts or mobile wallets of small and medium-sized enterprises most affected by the pandemic, thus alleviating the impact of the economic downturn," said Zhang.

That would allow the central bank to avoid fattening lenders' balance sheets in the process. Moreover, with a government-backed token, questionable uses such as real estate speculation, peer-to-peer lending, or company share repurchases, could easily be prohibited, Zhang added.

The world's second-largest economy has been working on its digital currency since 2014. But progress takes time. China must strengthen the top-level design and steadily advance the research and development of its legal digital currency, the PBOC said during a recent conference call.

On a larger scale, there are limits. The token should not cover all types of money supply. The PBOC's design focuses on substituting cash rather than M1 or M2, Mu added.