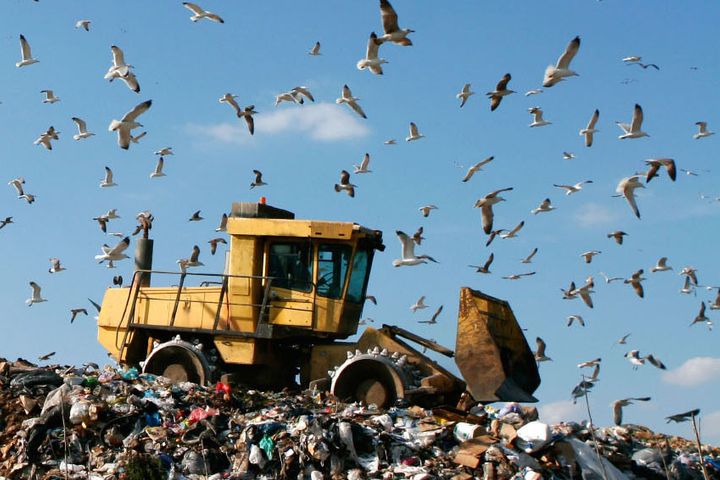 (Yicai Global) June 18 - China's imports of solid waste more than halved in the first quarter this year as the government stepped up enforcement efforts of an import ban.

Solid waste imports fell by 57 percent in the first three months of the year, state-run Xinhua News Agency reported, adding that waste in restricted categories fell by almost two-thirds. The figures had increased 9 percent and 12 percent, respectively, in the same period of last year.

The government has embarked on plans to phase out and completely halt rubbish imports by end of next year, except for those containing resources that cannot be substituted. Environment Minister Li Ganjie called the move a major step in improving environmental protection as part of a green development strategy.

China has been importing solid waste as a source of raw materials since the 1980s, and for years had been the world's largest importer despite weak capacity for garbage disposal. Some companies resorted to shipping in foreign trash illegally in their search for profits, posing a threat to the environment and public health.

Authorities in the country seized 137,000 tons of illegal trash imports last month part of what it calls the largest crackdown on trash smuggling in years.