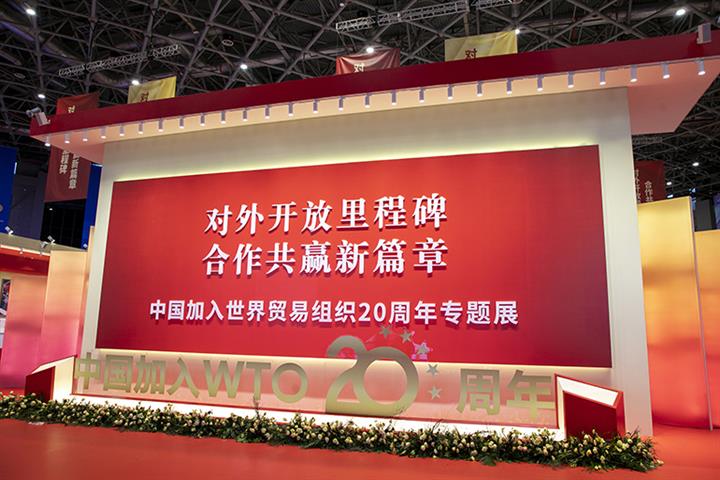 (Yicai Global) Dec. 13 -- China has been earnestly fulfilling its World Trade Organization commitments, and those who accuse it of failing to implement the treaties have not accurately understood the pledge it made when joining the global trade body, according to a trade expert.

Most claims about China’s so-called failure to fulfill its commitments are a result of misunderstanding about the country’s assurances and WTO rules along with the imposition of some things that China did not promise, Cui Fan, a professor at the School of International Trade and Economics of the University of International Business and Economics, told Yicai Global.

For example, Cui noted that China has fulfilled its accession commitments strictly, whether in finance or telecoms, because the country never promised to fully relax equity restrictions in the latter sector. And even in the financial domain, where such limits have been fully lifted, China has not committed to 100 percent national treatment in terms of business licensing.

China has just marked two decades in the WTO. It officially joined the Geneva-based organization on Dec. 11, 2001.

When China joined, the country said it would try its best to participate in negotiations on government procurement agreements, but did not promise to become a full member of the agreement at some point in time, Cui said.

In fact, China has been active in negotiations since its accession to the WTO. For example, it submitted a new negotiating offer price list last year, he said.

Although there is still controversy as to whether China has fulfilled this promise, it is true that there has not been a single case in which China has been sued on grounds that “Chinese state-owned enterprises did not purchase and sell goods based on commercial considerations,” Cui said. China is willing to continue talks with other countries on subsidies and SOEs, he added.

Cui insisted that member states will sue China if it really does not fully comply with WTO rules on some issues, or there are some ambiguities. “Although China’s trade volume is similar to that of the United States, the US has become a defendant on more occasions than China,” he said. “So, at this point, China has done a relatively good job in fulfilling its WTO commitments.”

In addition, China has always fully implemented all rulings issued by the dispute settlement experts panel or any appellate body, Cui added.