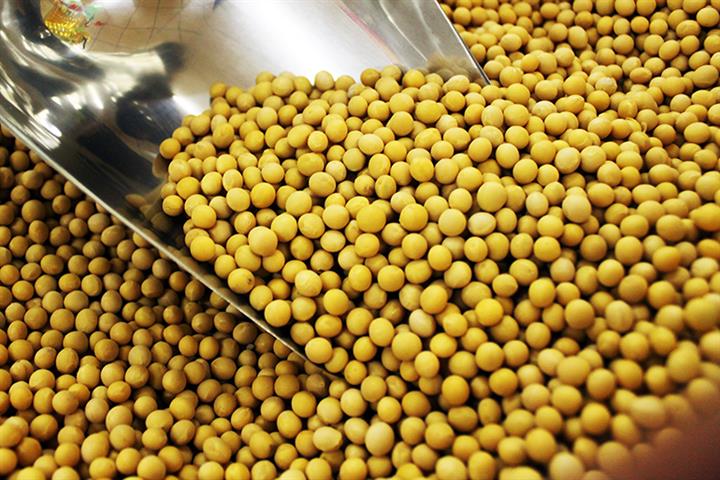 (Yicai Global) Dec. 31 -- Pilot projects for genetically modified soybeans and corn have achieved remarkable results, marking a historic step forward in the industrialization of these GMO foods in China, according to an agriculture ministry official.

The results show that GMO soybeans and corn have excellent resistance to insects and herbicides, and have significant yield and ecological effects, Liu Peilei, director of the GMO bio-safety office of the ministry’s science, technology and education department, said in Beijing yesterday.

A supporting high-yield, efficient, green and simplified production model also has gradually taken shape, he said. The GMO soybeans only need one spray of herbicide to reach more than 95 percent of weeding, which can reduce weeding costs by 50 percent and increase the yield by 12 percent, Liu revealed.

The GMO corn is resistant to over 95 percent of Spodoptera frugiperda, more commonly known as fall armyworm, boosting the yield 10.7 percent and slashing pest control costs, he said.

The pilot program’s follow-up monitoring found that planting transgenic soybeans and corn had no adverse effects on insects and soil fauna, reduced the use of pesticides and promoted ecological safety, Liu noted.

At the same time, the GMO corn is less moldy and has low mycotoxin content due to low pest infestation, resulting in better quality compared to conventional corn, he said.

The GMO herbicide-tolerant corn and soybean use the same low-residue herbicide, which can solve the problem of mutual influence from different herbicides, and facilitate intercropping and rotation of soybean and corn, thereby enabling efficient production, Liu said.