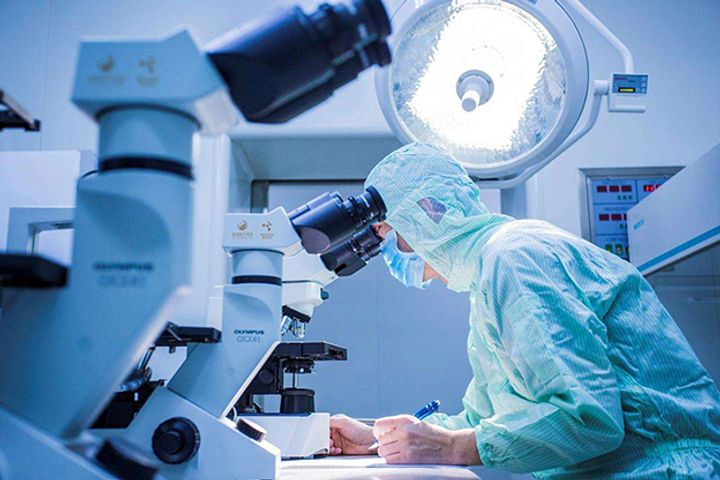 "As the government relaxes its policies, at least 20 domestic companies or institutions will apply to test cell therapies in clinical trials. A large amount of funds is already flooding into the field of cellular immunotherapy. Chinese therapies will not be less effective than the US ones. We're set to overtake the US in this field," claimed Qian.

Cellular immunotherapy represented by CAR-T is the cutting-edge and most commercially valuable research area in the medical field. It represents a new era of medicine after chemical drugs and biopharmaceuticals, and will help humans combat cancer.

The research center Qian is working at specializes in cell therapy. As of October, it had carried out cell therapy clinical trials on 117 patients, with a disease control rate of 71.2 percent, Qian stated.

Fosun Kite Biotechnology is working on technology transfer, preparation and validation of KTE-C19 or Yescarta, Kite Pharma's first product approved by the US Food and Drug Administration (FDA), making it poised to become the first company to get an approval for its cell therapy products in China.

"We hope that the China Food and Drug Administration will officially publish rules on cell therapy review and approval. We also hope that the national health and family planning commission, the ministry of human resources and social security and the National Development and Reform Commission can issue opinions on medical insurance and pricing for cell therapy products to facilitate product release and help patients access quality CAR-T therapies soon," Sun Minmin, assistant to president at Fosun Kite Biotechnology, told Yicai Global.

Qian believes the release of CAR-T therapies will accelerate in China and safe and effective products with standardized manufacturing procedures will stand out.

"CAR-T is one of the few pharmaceutical research fields in which China may stand shoulder to shoulder with western countries. China even enjoys a lead in some areas. Chinese companies may gain pricing power only if they have strong research and development capabilities. Otherwise, foreign firms will monopolize the market," Qian said.

Although China still lags behind the US in terms of innovation capacities in the biotechnology field, it has a stronger ability to consolidate innovative technologies and make technological progress than the latter, Qian said. "Through capital investments, our products can be more effective than the US ones. Given the ready availability of Chinese technologies and the large amounts of patient data, China is set to gain a lead in the cellular immunotherapy field if the government relaxes its policies," Qian believes.