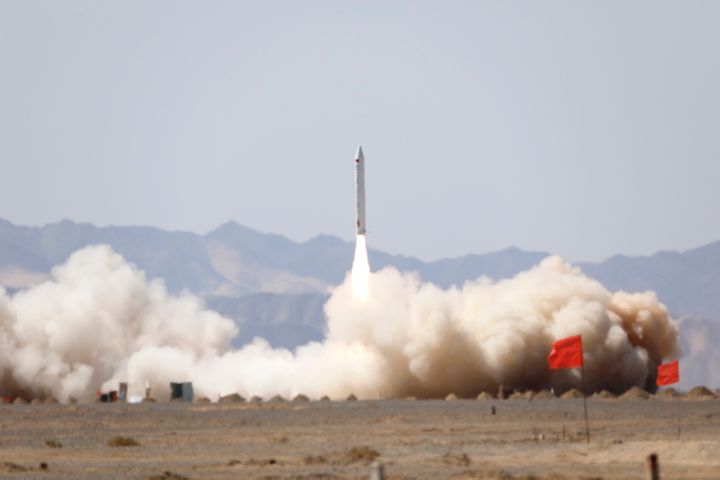 (Yicai Global) July 25 -- Chinese rocket maker I-Space plans to launch a carrier rocket bearing two satellites today, a mission that if successful would be the first time a private company from the country has put satellites into orbit with its own carrier.

The Beijing-based firm, officially Interstellar Glory Space Technology, will launch the carrier at 1 p.m. from Xichang Satellite Launch Center, tech news portal CYZone reported. Two other private aerospace firms, Landspace Technology and OneSpace, tried to do the same in October and March but neither was successful.

I-Space had planned to make the launch in June but delayed because of the launch site and the complicated process of acquiring a permit, the report cited an aerospace industry insider as saying.

A private launch must be done at a national launch site and consider the schedule for state missions, he added. A national launch mission is also planned to take place at Xichang tomorrow, the launch center told CYZone.

Founded in October 2016, I-Space was one of China's first private rocket firms and plans to offer launch services in small satellite markets worldwide. It has already launched two sub-orbital rockets.