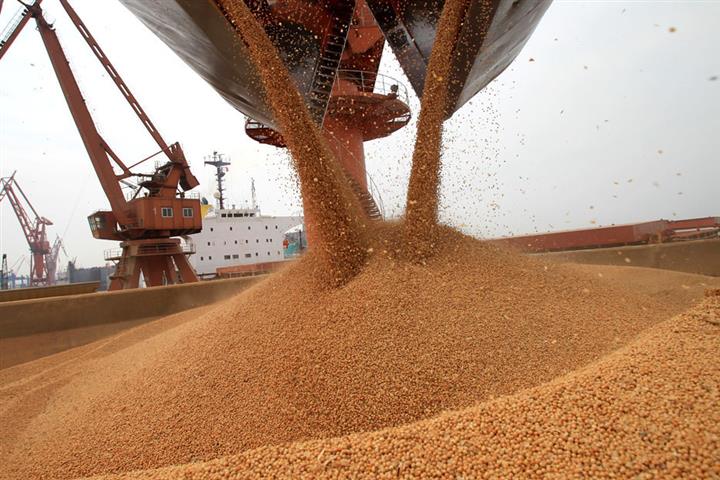 (Yicai Global) April 14 -- China, the world's largest importer of soybeans, increased its offshore purchases during the first quarter to 17.79 million tons of the protein-rich legumes, up 6.2 percent on the year, data released by the General Administration of Customs show.

Imports of the animal feed ingredient were up 14.2 percent 13.51 million tons in the first two months.