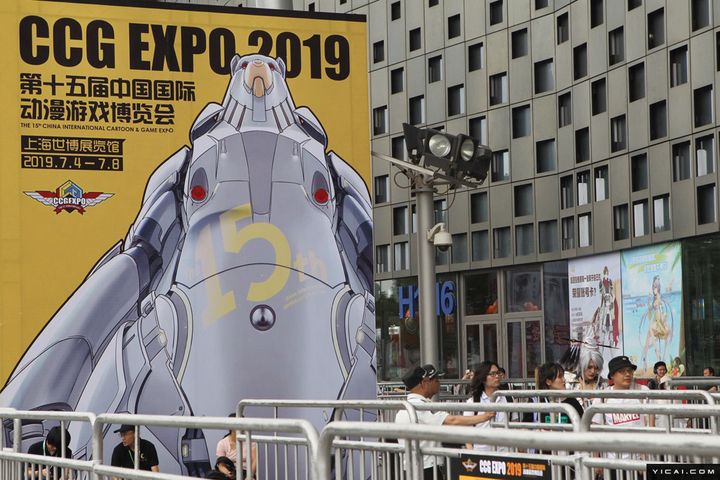 (Yicai Global) July 5 -- The 15th China International Cartoon and Game Expo kicked off in Shanghai yesterday and will run until July 8. The exhibition, spanning 60,000 square meters, covers everything from anime and gaming to e-sports, film and television and the performing arts.

A billboard outside the CGP Expo 2019.

A traditional Chinese outfit known as 'hanfu' on display at CGP Expo for the first time.

An entry into a model competition for Japanese anime series Gundam.

A massive model of Iron Man.

Anime lovers doodle on a wall doubling up as a public art canvas.