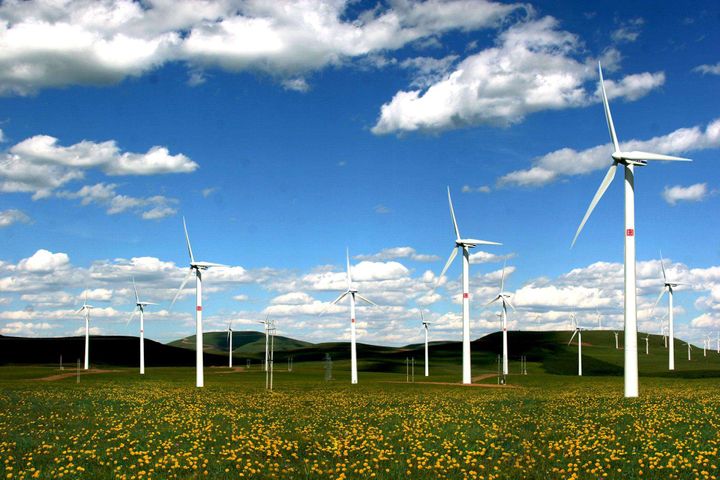 (Yicai Global) June 7 -- China has been ramping up its investment in clean energy and has become the world's biggest investor in renewable energy for the fifth consecutive year, said Wang Zhigang, China's vice minister of science and technology and the secretary of the CPC Leading Group.

China has 149 gigawatts of wind capacity and 77 gigawatts of solar capacity, ranking number one globally in terms of both wind and solar capacity, Wang was quoted by the Science and Technology Daily as saying yesterday at a forum organized by the Clean Energy Ministerial, a global forum that aims to promote clean energy policies and best practices.

The value of China's semiconductor lighting industry has surpassed CNY420 billion (USD61.8 billion) and the country has become the world's largest product research and production base as well as application market, saving about 100 billion kilowatt-hours annually.

China has witnessed a substantial slowdown in energy consumption growth in recent years, with an increasingly clean and low-carbon energy mix coming into the fore, Wang said. China's energy consumption per unit of gross domestic product and carbon dioxide emissions have been falling at a faster pace than planned by the government over the past five years.