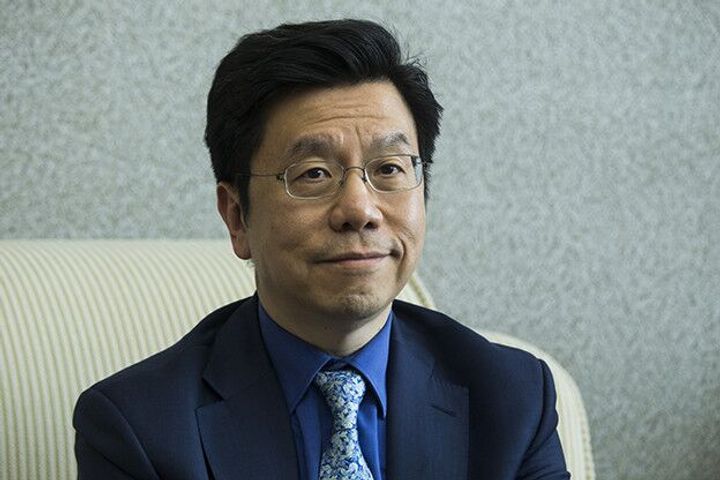 China Is to Data What Saudi Arabia Is to Oil, Kaifu Lee Tells AI Forum

(Yicai Global) Sept. 18 -- Renowned Chinese venture capitalist Kai-Fu Lee has compared China's advantage in data with Saudi Arabia's in crude oil reserves, saying the Asian country's edge in the field will be the most significant in developing artificial intelligence.

"If data were petroleum in the artificial intelligence era, then China would be Saudi Arabia," the founder and chief executive of Beijing-based Sinovation Ventures told a gathering at the China Development Forum's special AI Revolution session on Sept. 16.

China's advantages also lie in capital and policies, its 'engineer dividend' and world-class entrepreneurs, making it a center of entrepreneurship to rival Silicon Valley, Dr. Lee said. He predicts that in AI technology China will be on an equal footing with the US, the world's current leader, in five years.

The volume of data in China's mobile payment, meal delivery and shared bike sectors is dozens of times that of the US, meaning that when AI proceeds to actual application, China will benefit from its engineers, entrepreneurs and vast domestic market, Lee said. The US has shared almost all of its top AI research with Canada and the UK, but China has the advantages that can enable it to eventually leapfrog them, he added.

But AI is not a zero-sum game; it needs collaboration, Lee stressed.

"China has accomplished wonders to rise up in the past 10 years," he said. "Thanks to its investment opportunities and the emergence of powerful entrepreneurs, China has established many companies which attract ever more clients with the products they innovate.

"Because its economy is growing constantly and so are the numbers of its internet users, this affords an opportunity that allows China to claim one-half of the world's high-tech companies," he added.

Such companies grow so fast because they have formed a business model that suits them after years of effort, rather than because foreign firms find access to China's market difficult, and thus competition is lacking, Lee said.

Government support for high-tech industry must not be overlooked, Lee added. Zhejiang province, for example, will build new highways to help the driverless auto industry, while the Xiongan New Area is also providing facilities for the development of autonomous driving technology, he said.