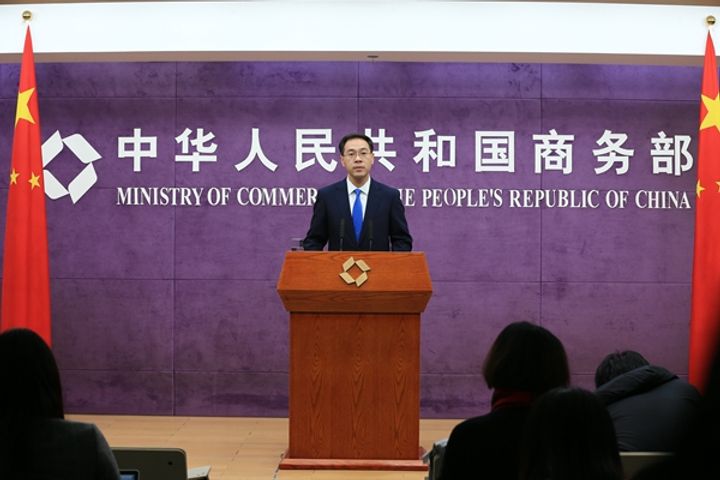 (Yicai Global) Jan. 18 -- The US lacks "concrete evidence and data support" for the inclusion of nine Chinese marketplaces such as Alibaba's e-commerce platform Taobao in its annual list of the world's most 'notorious markets' for pirated and fake goods, a government spokesman said.

China has every reason to question the objectivity and credibility of the report published last week by the Office of the US Trade Representative, the commerce ministry's Gao Feng said at a press briefing today. China takes issue with its unclear wording and frequent use of the term "reportedly" when describing Chinese businesses, he said.

The trade representative's blacklist included three of China's e-commerce platforms and six physical marketplaces for alleged sale of counterfeit goods. Alibaba Group President Mike Evans responded in a blog post to its listing, saying it was "not an accurate representation of Alibaba's results in protecting brands and IP, and we have no other choice but to conclude that this is a deeply flawed, biased and politicized process."

US President Donald Trump, who campaigned for election on a pledge to get tough on China's trade practices, is widely expected to take some form of action this year. His administration is poised to issue robust new trade penalties against China early in 2018, the Washington Post reported on Dec. 27, after the administration pulled its punches in 2017. Trump is likely to take steps against China in a matter of weeks, the paper said, citing analysts and company officials.

A recent US proposal to bar its government from using Chinese communication devices also drew China's ire, with the government stating it sends a wrong signal to the market that does not help bilateral cooperation in the information and communications sectors.

China has always held that mutual benefits outweigh differences in economic and trade relations between China and the US, Gao said. China hopes trade frictions will not escalate, but the country is ready to resolutely safeguard its legitimate rights and interests, he added.