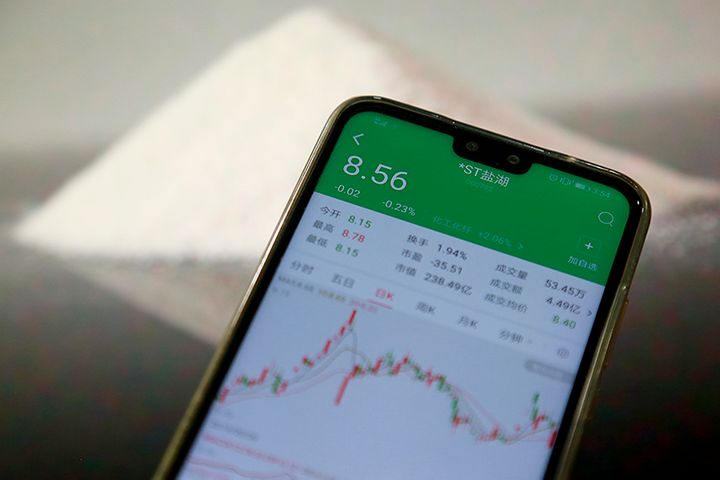 The full-year loss will be between CNY43.2 billion (USD6.1 billion) and CNY47.2 billion (USD6.8 billion) due to asset writedowns at subsidiaries, the Xining-based company said in a statement. Salt Lake added that it risks having trading in its shares suspended according to exchange rules, having lost money for three years in a row.

Just six listed companies have suffered an annual loss in excess of CNY10 billion, according to public records, with Aluminum Corporation of China, the world's second-largest alumina producer, setting the record in 2014 with a shortfall of CNY16.2 billion. The total lost by Sinopec Oilfield Service, which had a deficit of over CNY10 billion for two straight years, has reached CNY26.7 billion. The total for Beijing-based tech firm Le.com was more than CNY28 billion between 2017 and last September.

Salt Lake's steep loss was mainly attributed to the firm's magnesium-producing unit and another affiliate Qinghai Salt Lake Haina Chemical, which have entered bankruptcy and restructuring, the parent company said. Salt Lake had tried to auction their assets six times, but without success. Qinghai-based Huixin Asset Management, which was responsible for the auction, will buy them for CNY3 billion, Salt Lake added.

The yield of potassium chloride, which is Salt Lake's main business, surged to 5.63 million tons last year from 4.83 million tons in the same period in 2018. Last year, corresponding sales were 4.53 million tons, compared with almost 4.69 million tons the previous year, and the sales price has increased year-on-year, the company said.