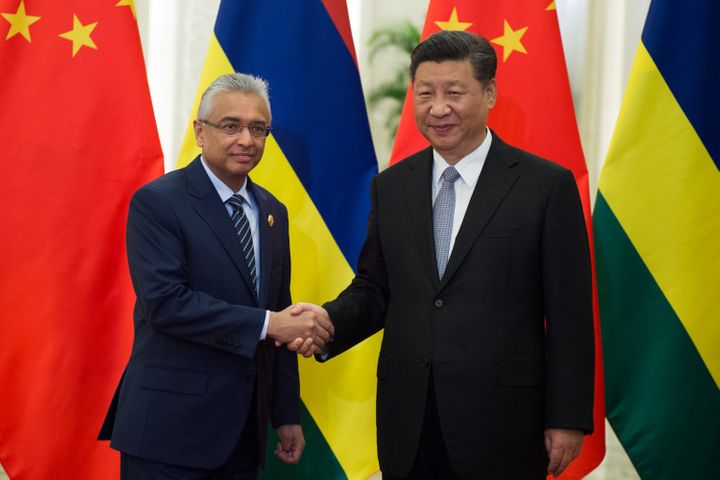 (Yicai Global) Sept. 3 - China and Mauritius have signed a memorandum following the conclusion of negotiations on a free trade agreement, a key item of preparation for the signing of a final agreement. The FTA would mark the first such deal agreed between China and an African country.

China's Vice Commerce Ministry Gao Yan and the Mauritian Foreign Affairs Minister were on hand to sign the Memorandum of Understanding on Concluding the Negotiation of the Mauritius Free Trade Agreement, the commerce ministry said in a statement.

The two nations formally launched negotiations last December. After four rounds and multiple consultations, the two sides reached a package agreement in Beijing on Aug. 30. The scope of negotiations covers a wide range of areas such as trade in goods and services, investment and economic cooperation.

The establishment of the China-Mauritius FTA will not only provide a strong institutional guarantee for deepening bilateral economic and trade relations, but also provide a new form of partnership with China and Africa as a whole and help to build a closer community, the statement said. The deal will also boost the Belt and Road Initiative to bridge economic integration in Africa.

China has been Africa's largest trading partner for nine consecutive years. China-Africa trade reached USD170 billion last year 2017, an annual increase of 14%. First-half trade rose 16 percent to USD98.8 billion, while China's average annual direct investment in the continent has remained at around USD3 billion for the past three years.

The two sides will now begin the legal review of the results and texts related to the negotiations and prepare for the final signing of the agreement.