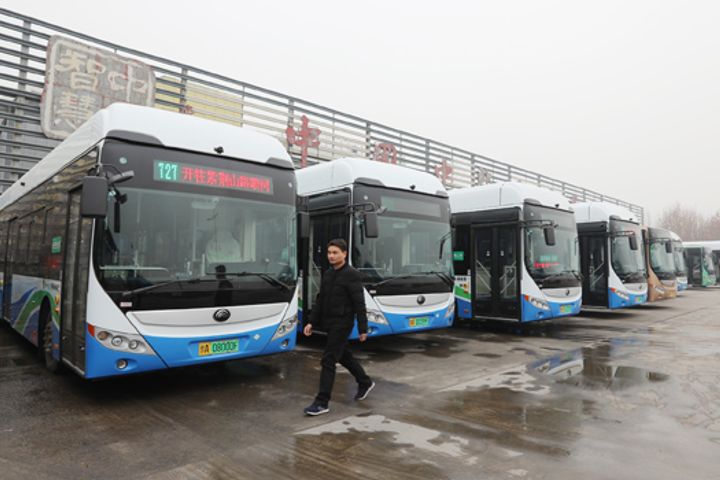 (Yicai Global) Jan. 28 -- China is likely to begin offering discounts on hydrogen fuel cell vehicles this year, according to a report from China Securities Journal.

The world's largest auto market may begin running pilot projects in Beijing, Shanghai, Chengdu and other cities with good foundations for the industry and offer incentives on at least 1,000 FCVs in each of them, the state-backed financial paper cited an anonymous, authoritative source as saying.

The plan falls in line with a September statement from within the Ministry of Industry and Information Technology, when Qu Guochun, deputy director of industry equipment, said next steps for FCVs would be to promote the vehicles in local governments that have a solid foundation on which key links along the industry chain can be built and improved.

If true, the strategy would be similar to the one China adopted for battery and hybrid electric vehicles 10 years ago, when it offered subsidies across 13 cities, including Beijing and Shanghai. It planned to run the incentives in 10 new cities a year over the course of three years, using at least 1,000 NEVs for public transport, taxis, municipal administration, post and in other areas.

The approach has made China the world's biggest NEV market by far, and it is also one of the fastest growing. Production and sales figures both neared 1.3 million units last year, up 60 percent each compared with 2017. Some 1,527 FCVs were made and sold in 2018.